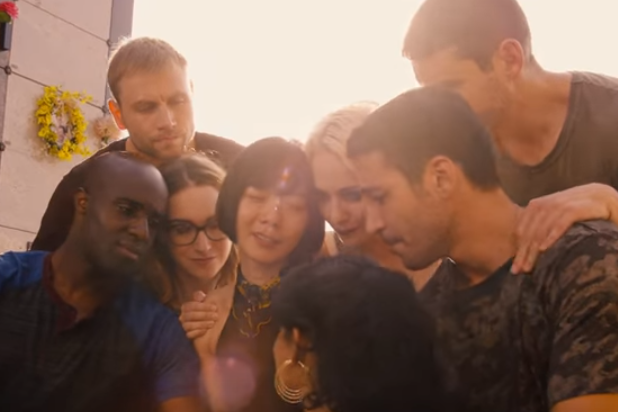 Once again, the Netflix original series, “Sense8,” is trending on Twitter. But this time, it’s over good news.

Fans were crestfallen when the streaming service “unceremoniously” cancelled the LGBT-friendly show on a huge cliffhanger — and on the first day of Pride Month. Now, they have reason to celebrate, because “Sense8” will return to Netflix in 2018 as a special 2-hour series finale.

The show’s official Twitter account relayed the announcement on Thursday, and overjoyed fans quickly broke out the happy-crying GIFs.

While I am ecstatic my fav show is back, now I have to go through the withdrawal & depression again ????……at least we get closure ????

Not even the cast could hold back their excitement.

I cannot imagine the power of this show's supporters!!! Look what you achieved!!! https://t.co/C3BiWf97Oc

Even celebrities are riding the wave of euphoria. Here’s what Tegan and Sara had to say.