Amid Twitter’s attempts to recover from a reported 40 percent plunge in daily advertising revenue, the social media company is being dragged into court in the United Kingdom as a Royal Family-connected landlord claims the firm has fallen behind on rent.

The lawsuit adds to one filed against the company in California for allegedly falling behind on rent at its San Francisco headquarters. In both cases, the landlords allege Twitter has missed payments.

Given the changes Musk has implemented – from gutting the workforce to shuttering a data center and Africa offices – it looks like Musk is letting rent payments lapse, the Associated Press reported. Twitter could not be immediately reached for comment; the company’s communications staff were let go following Musk’s October takeover.

In the court filing this week by the Britain’s Crown Estate, the entity that controls expensive real estate in central London alleges the Twitter hasn’t made good on rent payments for its offices located in vicinity of Piccadilly Circus. 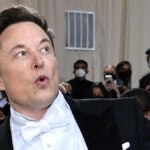 According to the Associated Press, Crown had engaged “in talks with the (Twitter) but provided no further information” and no resolution had been reached.

Profits from Crown Estate-operated properties “are used as a benchmark for the funding of the Sovereign Grant, which is the public money that funds the British royal family’s official work,” AP reported.

Twitter has leased three floor at the downtown San Francisco building since 2011, and had fallen behind on payments as recently as December. Sri Nine Market Square “recouped from a letter of credit that Twitter had put up as a security deposit, the filing said,” according to AP’s report.

However, the landlord alleges Twitter still owes a balance of $3.16 million in back rent and wants to recoup “late fees and interest plus attorneys’ fees” while Twitter is still in the building.