The San Francisco-based company now has 206 million daily average users overall. Twitter reported $0.20 earnings per share — well above the 7 cent EPS analysts had projected — while its revenue of $1.05 billion was in line with analyst expectations.

“As we enter the second half of 2021, we are shipping more, learning faster, and hiring remarkable talent,” Twitter CEO Jack Dorsey said in a statement. “For example, our increased shipping cadence contributed to reaching 206 millionaverage monetizable DAU (mDAU) in Q2, up 11% year over year and 3% quarter over quarter. There’s a
tremendous opportunity to get the whole world to use Twitter.” 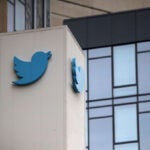 The company noted that there is no change expected in mDAU for the second half of 2021, citing that the pandemic created a surge from the previous year. Twitter also reported a slight increase in the average international mDAU, which increased to 169 million for Q2, up from 162 million in Q1 and 150 million in the same period last year.

Twitter introduced its first subscription service during the second quarter, giving users access to an “Undo Tweet” button for the first time, and launched the Clubhouse competitor Spaces, an audio-chat feature available on mobile devices for users with at least 600 followers.