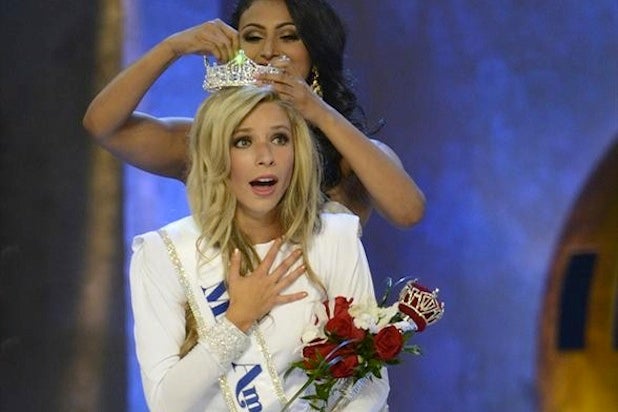 At 9 p.m. on Sunday, the pageant received a 1.5/4 in the advertiser-coveted 18-49 demographic — down 25 percent from last year — and 6.7 million viewers, according to traditional Nielsen ratings. That means it dipped one-tenth of a ratings point to its lowest demo number in the four years that it has been on broadcast TV.

In contrast, the pageant netted 304,000 event-related tweets that were seen by a unique audience of 4.3 million people. That was more than last Wednesday’s presidential address and Tuesday’s premiere for FX’s “Sons of Anarchy.”

See the full charts for series and specials and one for sports events below.