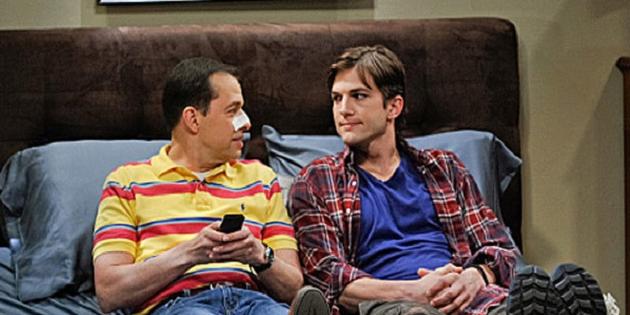 "Two and a Half Men" just might need a name change when it returns for its next season.

The CBS sitcom, which saw the departure of Angus T. Jones as a regular cast member after its most recent season, plans to fill the void with the addition of a female cast regular, an individual with knowledge of the plan told TheWrap on Wednesday.

Also read: 'Two and a Half Men': Ashton Kutcher, Jon Cryer In; Angus T. Jones, Not So Much

The new character would be a woman who claims to be the daughter of Charlie Harper, who was played by Charlie Sheen until he was ousted from the series in 2011 following a run of bizarre behavior. (His character was killed off in the season nine premiere, which also introduced new cast member Ashton Kutcher as internet billionaire Walden Schmidt.)

If plans go through, the character of Harper's daughter will move in with Schmidt and Charlie's brother, Alan Harper (Jon Cryer).

See video: Charlie Sheen on Letterman: 'Two and a Half Men' Is 'Dead'

Jones, who played Alan Harper's son Jake on the series, made headlines last year when he characterized "Two and a Half Men" as "filth" and asked people to stop watching it in an internet video. Jones subsequently apologized for the comments. The video was not specified as a reason for Jones' departure from the show.

Deadline first reported the news of the "Two and a Half Men" casting plans.