Tyler Perry’s Madea is back! Perry is bringing his beloved character back to life, and this time, they’re heading to Netflix.

Perry will write, direct and star in “A Madea Homecoming,” which will be the ninth “Madea” film and the 12th time he will have portrayed the iconic old lady on screen. The news comes after Perry had said in 2018 that he intended to kill off Madea once and for all and end the franchise with 2019’s “A Madea Family Funeral.”

“It’s time for me to kill that old bitch. I’m tired,” he told Sirius XM at the time. “I just don’t want to be her age playing her.” 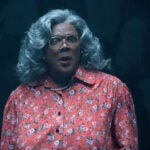 Also Read:
Madea Prequel Series From Tyler Perry in the Works at Showtime

The films have been box office boons for Lionsgate for over a decade, and all of Perry’s films, including the “Madea” series, have collectively made over $1 billion at the domestic box office — so this is a big get for Netflix.

“Homecoming” will be shot entirely at Tyler Perry Studios in Atlanta, and Netflix intends to release the film in 2022.

Will Areu and Mark Swinton are producing, and Perry will also executive produce with Michelle Sneed.

Perry has had previous success with Netflix; last year, he released “A Fall From Grace,” which the streamer said was seen by 39 million households in its first month on the service. He’s also writing, directing and producing “A Jazzman’s Blues” for Netflix, which stars Joshua Boone and Solea Pfeiffer. The film unravels 40 years of secrets and lies in a tale of forbidden love and family drama, all soundtracked by juke joint blues in the deep South. 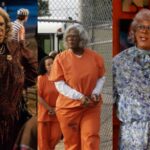