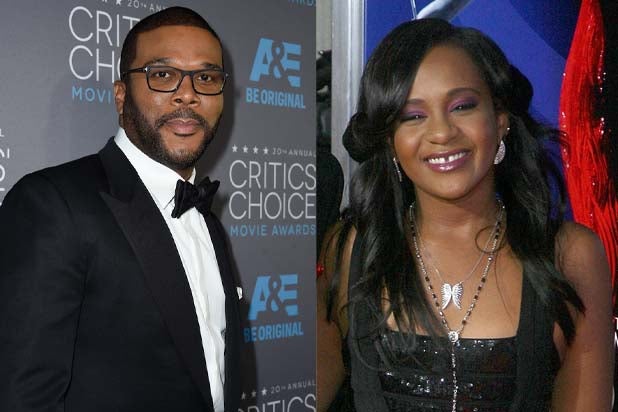 Tyler Perry visited Bobbi Kristina Brown on Sunday at the hospice facility where she was recently transferred to as her “condition has continued to deteriorate.”

Photographers spotted the actor and entertainment mogul arriving at the Peachtree Christian Hospice just outside Atlanta, Georgia, in a blue Rolls Royce Wraith. According to multiple media reports, Perry stayed for about two hours.

Perry — a close friend of Bobbi Kristina’s late mother, Whitney Houston — was last seen checking in on Bobbi Kristina in February when the 22-year-old reality star was admitted to Emory University Hospital after she was found unconscious and face down in a bathtub on Jan. 31.

Although her father, Bobby Brown, has said through his lawyer that Bobbi Kristina “is not going home to die as numerous news affiliates and websites have reported,” her aunt, Pat Houston, has suggested otherwise.

“Despite the great medical care at numerous facilities, Bobbi Kristina Brown’s condition has continued to deteriorate,” Houston said in a statement earlier this month. “As of today, she has been moved into hospice care. We thank everyone for their support and prayers. She is in God’s hands now.”

The investigation into Bobbi Kristina’s mysterious condition has been turned over to the Fulton County District Attorney’s office for further review with “greater interest.”