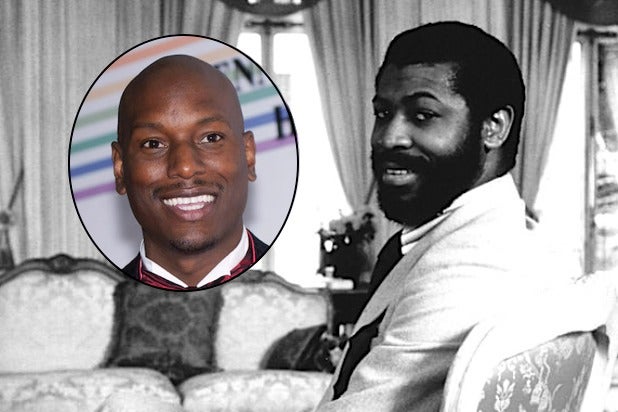 Warner Bros. has acquired the life rights of Teddy Pendergrass and will produce a biopic with Tyrese Gibson to star as the R&B legend.

Donald De Line (“Ready Player One”) will produce through his De Line Pictures studio banner, along with Lee Daniels (“Empire,” “The Butler”) and Gibson via his Voltron Pictures. The studio has also tapped Little Marvin, creator of Amazon’s upcoming event series “Them,” to write the screenplay, which will chronicle the amazing and tumultuous life journey of one of the greatest R&B performers of all time.

“I am honored to take this journey. This is the role that I feel I was born to play,” Gibson said in a statement. “Teddy Pendergrass embraced me and before he passed put the responsibility on my shoulders to tell his story,” commented Gibson.  “Being here in this time and in this space and moment with Lee Daniels, Donald De Line, Little Marvin and Warner Bros. is an answered prayer.  Teddy, I just hope we make you, your wife and family proud… Here we go.”

Pendergrass rose to initial fame in the early 70s as the lead singer of Harold Melvin & The Blue Notes before skyrocketing to stardom as a solo artist, releasing four consecutive platinum albums between 1977 and 1981 (then a record for an African-American R&B artist).  His extensive body of work included numerous hits such as his No. 1 selling R&B single “Close the Door,” making him as one of the top male sex symbols in music.

By the dawn of 1982, Pendergrass was perhaps the greatest R&B male artist of all time.  But on March 18 of that year, while driving his Rolls Royce, Pendergrass lost control on Lincoln Drive in the East Falls section of Philadelphia, hitting a guard rail, crossing into opposing traffic and careening into two trees.  He suffered a spinal cord injury that left him a quadriplegic, paralyzed from the chest down.

Suicidal after the accident, Pendergrass would struggle to come back from the tragedy with the help of an extraordinary psychiatrist — himself also a paraplegic, and to learn how to sing all over again with the help of a dedicated specialist.  Three years later, on July 13, 1985, Pendergrass would make an emotional return to the stage at the historical Live Aid Concert at Wembley Stadium in London in front of 100,000 people and over 1.5 billion television viewers.  For the next two decades, he would continue his successful solo career until announcing his retirement in 2007 and established the Teddy Pendergrass Alliance to help those with spinal cord injuries prior to his death in 2010.

Gibson, who is a multi-Grammy nominated singer, is currently shooting “Black and Blue” for Sony’s Screen Gems banner, and he will soon begin filming on the ninth installment of “The Fast and the Furious” franchise.

Also Read: Prince-Inspired Movie Featuring His Music in the Works at Universal

He rose to prominence after being hand-picked by John Singleton for the title role in “Baby Boy” and his subsequent feature film, “Four Brothers” with Mark Wahlberg and André Benjamin, but he really blew up with key roles in the “Transformers” and “Fast and Furious” franchises, both of which have grossed more than $5 billion each at the box office.

Gibson’s sixth studio album “Black Rose” was released independently by his label Voltron Recordz and distributed by Caroline Records. “Shame” was nominated for two Grammy Awards and was No. 1 on the R&B charts for 16 weeks.  “Black Rose” debuted at No. 1 on the US Billboard 200 and Top R&B/Hip-Hop Albums.