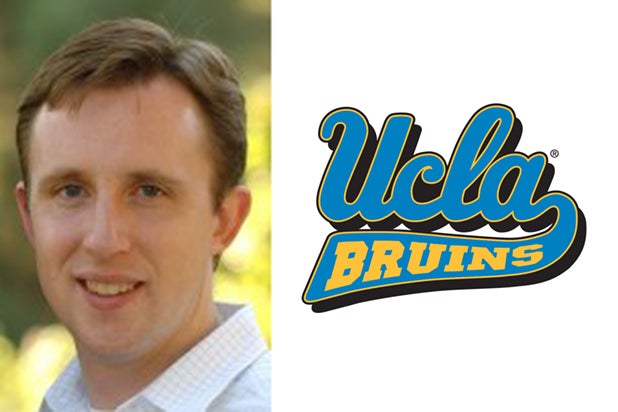 Engineering professor William S. Klug has been identified the victim of a fatal shooting on the UCLA campus on Wednesday.

Klug taught aerospace and mechanical engineering at the university and was a married father of two.

The professor was one of two pronounced dead following what police called a “possible murder-suicide” that took place around 10 a.m. PT on Wednesday in a small office in the Engineering IV building on the Westwood, California, campus. A firearm was later recovered at the scene.

The gunman has been identified as Mainak Sarkar, a former student of Klug’s. It is believed he killed Klug over allegedly stolen computer code. Andy Neiman, the LAPD’s chief spokesman, confirmed a note was found at the scene, but investigators had not determined whether it was connected to the shooting, the Los Angeles Times reported.

The Los Angeles Daily News later reported that the gunman may have been a disgruntled graduate student, while KNX radio said the shooter was “despondent” about his grades, according to their law enforcement source.

The shooting was originally reported at Boelter Hall by a 911 caller who reported at least three gunshots. Students were then alerted of a possible shooting via BruinAlert text message and email, which told them to shelter in place as officials arrived. Police officers in riot gear soon swarmed the campus with guns and battering rams drawn, while many students barricaded themselves in their classrooms.

The campus remained on lockdown for around two hours until LAPD declared the incident over just past noon PT.

The university did not immediately respond to TheWrap’s request for comment regarding Klug’s identity, and the Los Angeles coroner’s office would not confirm the identity of the victim, however friends and colleagues have confirmed his death.

“It’s just a very shocking day,” friend and president of the local El Segundo softball team Lance Giroux told TheWrap. “I’m scrambling to come to grips with what has just happened. My first thoughts went out to his son, Timmy, who played with my son.
“Bill was a great guy. He was very tranquil and always put things in perspective. He was the guy everyone went to when they had grievances, which is why this is so shocking,” Giroux said. “He was very proud to be a professor, he loved UCLA and always wore its colors,” he added.

“I want to say that our hearts go out to the victims,” Waugh said. “I also want to thank all the law enforcement agencies of Southern California who reacted so quickly to help secure the scene and help us prevent further damage to the campus.”

According to the Los Angeles Times, Klug was an El Segundo, California, resident who was married with two young children, a son in fourth grade and a younger daughter. He loved surfing and frequently took his family to Los Angeles Dodgers games. He earned his undergraduate degree in engineering physics from Westmont College in 1997, his master’s degree in civil engineering at UCLA in 1999 and his Ph.D in mechanical engineering from Caltech in 2003.

A GoFund me page has been set up for Klug’s family, and donations can be made here.