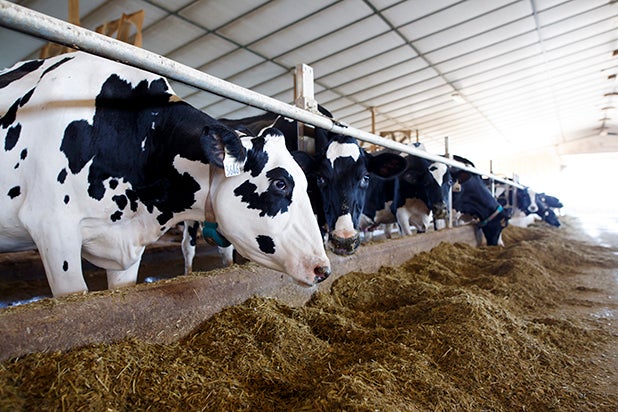 Would you rather eat your pets or become a vegetarian?

A new reality show titled “Meat the Family” that’s set to air on the U.K.’s Channel 4 next year will force four families to make that exact choice, giving them the option to either give up meat or cook and eat a farm animal they’ve been living with for three weeks.

The episodes will see families co-habitating with — and potentially dining on — a piglet, a lamb, a chicken and a calf.

Beyond its attention-grabbing title and premise, the show takes seriously the ethical dilemmas associated with eating meat and aims to “challenge perceptions of why some animals become part of the family and others end up on the plate,” the network says.

Described as a “topical social experiment,” the three-hour series “draws on cutting edge studies into animal behaviour and intelligence, examines the farming practices required to meet the demands of hungry consumers and looks at the environmental impact of the meat industry.”

First announced last month, the show from producers Spun Gold TV is getting a new round of attention this week following its appearance at the global entertainment content convention MIPCOM in Cannes, France.

“It is not sex or drugs anymore. Meat is becoming the next taboo,” television analyst Virginia Mouseler told The Guardian. “The question they are asking is how can you cuddle your dog while you are putting another animal in the oven?”

Check out a trailer below: