The Cannes Film Festival jury, after a year widely viewed as lackluster, has chosen one of its least conventional films as its winner: "Uncle Boonmee Who Can Recall His Past Lives."

Thai director Apichatpong Weerasethakul’s film (photo below), a mystical and experimental tale of an old man on his deathbed, was awarded the festival’s top prize, the Palme d’Or.

While the film had not garnered the early buzz of Mike Leigh’s "Another Year" or Alejandro Gonzalez Inarritu’s "Biutiful," it was in many ways the best-reviewed film of the festival, and picked up strong support since its mid-week screening. 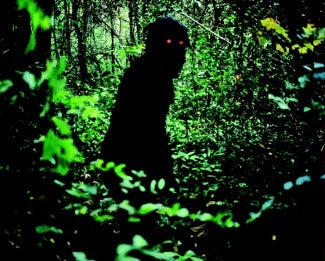 The victory is the first for a film from Thailand.

The runner-up award, the Grand Prize, went to "Des Hommes et des Dieux" ("Of Gods and Men"),  from French director Oliver Beauvois. The Jury Award, essentially a third-place honor, was given to the African film Un Homme qui Crie" ("A Screaming Man").

Mathieu Amalric, better known as an actor than director,  was named the festival’s best director for "Tournee."

The Best Actress award went to the face of this year’s Cannes poster, Juliette Binoche, for "Certified Copy."  Best Actor was a tie between the favorite, Javier Bardem for "Biutiful," and the dark-horse candidate, Elio Germano for "La Nostra Vita."

“Another Year,” which was at one point considered a strong candidate for the Palme d’Or, and for an actress award for Lesley Manville, was shut out. “Biutiful,” for which Bardem shared the actor award, was another presumed Palme d’Or frontrunner – but in typical Cannes fashion, the jury did not award more than one prize to any film.

“Uncle Boonmee,” in many ways the most experimental and unconventional film in the main competition, is the final installment in a multi-media project by Weerasethakul, which included the video project “Phantoms of Nabua” and the short film “A Letter to Uncle Boonmee.” 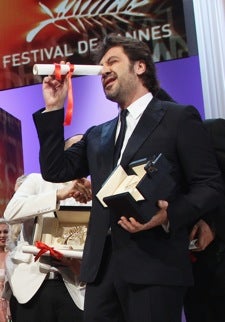 In Slant magazine, Matt Noller wrote, “’Uncle Boonmee Who Can Recall His Past Lives’ is not just the best film of the festival; it makes everything else in competition — even the good stuff — look slapdash, lazy, hollow.”

Weerasethakul has two previous victories at Cannes: he won the Un Certain Regard prize in 2002 for "Sud sanaeha," and the Jury Prize two years later for "Sud pralad" ("Tropical Malady").

The awards were chosen by a nine-person jury headed by director Tim Burton — who, when asked afterwards what he thought about being the jury president, replied, "I’ve never been the president of anything before."

The jurors chose from 19 films that were part of the official competition. Many of Cannes’ most high-profile films, from the five-and-half hour drama “Carlos” to Woody Allen’s “You Will Meet a Tall Dark Stranger” to the Hollywood studio productions “Robin Hood” and “Wall Street: Money Never Sleeps,” screened out of competition and were not eligible for awards.

The only American film in the competition was Doug Liman’s “Fair Game,” his story of the Valerie Plame affair with Naomi Watts and Sean Penn. 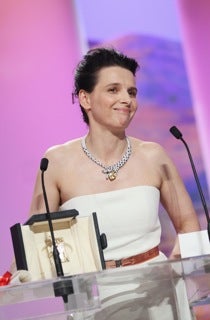 Also competing: former Palme d’Or winner Ken Loach’s Iraq drama “Route Irish”; the big-budget but critically-panned Russian epic “Burnt by the Sun 2”; and the controversial “Outside the Law,” which drew more than 1,000 protesters to Cannes streets for its depiction of French involvement in the Algerian war of independence.

Of the films in competition, “Another Year” and “Of Gods and Men” landed distribution deals with Sony Pictures Classics. IFC Films acquired U.S. rights to “Certified Copy” and “The Princess of Montpensier,” as well as several films not in competition.

“Biutiful” has yet to secure an American distributor. The Weinstein Company was rumored to be interested, but Harvey Weinstein told the L.A. Times’ Pete Hammond that his company would not be acquiring the film.

The 2010 lineup was considered particularly uninspiring when compared to the 2009 slate, which included “Inglourious Basterds,” “Bright Star,” “A Prophet,” “The White Ribbon,” “Broken Embraces,” Vincere,” “Fish Tank” and the fest’s cause celebre, “Antichrist.”

The Palme d’Or is seldom a path to success in the U.S. market, although several winners (including “The Pianist,” “Secrets and Lies,” “Pulp Fiction” and “The Piano”) have gone on to Oscar nominations for Best Picture.

Of recent winners, the top grosser was Michael Moore’s documentary “Fahrenheit 9/11,” which was a rare unanimous selection in 2004 and went on to make $120 million at the U.S. boxoffice and another $100 million worldwide.

Since then, the Palme d’Or winners have been Luc and Jean-Pierre’ Dardenne’s “L’enfant,” Loach’s “The Wind That Shakes the Barley,” Cristian Mungiu’s “4 Months, 3 Weeks and 2 Days,” Laurent Cantet’s “The Class” and Michael Haneke’s “The White Ribbon.” The last two received Oscar nominations in the Best Foreign-Language Film category.

(Photos of Bardem and Binoche by Sean Gallup/Getty Images)