“Unclenching The Fists,” a Russian drama directed by Kira Kovalenko, won the top prize in the Un Certain Regard sidebar competition at Cannes. And shortly after the awards were announced, the UK streamer and distributor MUBI acquired all North American rights to the film, an individual with knowledge told TheWrap.

MUBI has been on a buying spree out of the festival — earlier in the week, the distributor acquired another Un Certain Regard prize winner, “Great Freedom,” as well as “Lingui, The Sacred Bonds” from the main competition. MUBI also picked up the UK, Ireland, Latin America and India rights to “Unclenching the Fists.”

Awards for the Un Certain Regard were announced Friday in a ceremony at the Debussy Theatre at Cannes. 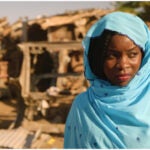 Also Read:
‘Lingui, The Sacred Bonds’ Acquired by MUBI Out of Cannes

Andrea Arnold, who was also at the festival behind her documentary “Cow,” was president of the Un Certain Regard jury. She led a jury that included director Mounia Meddour, actress Elsa Zylberstein, filmmaker Daniel Burman and director Michael Covino.

“Unclenching the Fists” is set in a small former mining town in North Ossetia and follows a young woman who is trying to break free of a stifling family she both loves and rejects. Kovalenko is a protégé and former student of Russian auteur Alexander Sokurov, best known for directing “Russian Ark.”

“Great Freedom” from director Sebastian Meise took home the Jury Prize in the Un Certain Regard sidebar. The jury’s Ensemble Prize winner went to “Bonne Mere” from director Hafsia Herzi. The Prize of Courage went to “La Civil” from director Teodora Ana Mihai. A Prize of Originality was awarded to Valdimar Jóhannsson’s “Lamb,” which stars Noomi Rapace. And finally, the jury gave a Special Mention to “Prayers For the Stolen” from director Tatiana Huezo.

Other notable films that competed in the Un Certain Regard sidebar included American titles “After Yang” from director Kogonada and Justin Chon’s “Blue Bayou.”

Variety first reported the news about the film’s sale. 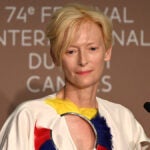