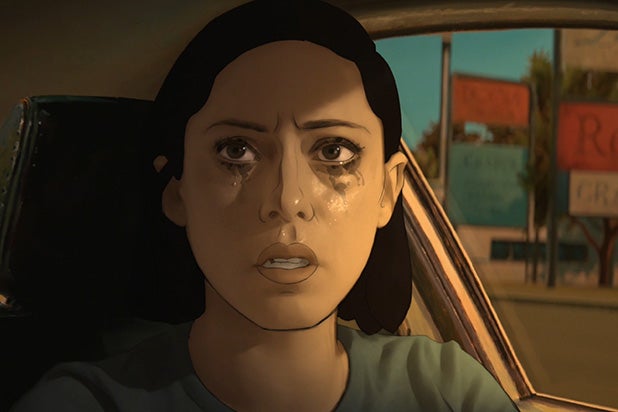 Amazon Studios has picked up a second season of the animated series “Undone.”

Co-created by “Bojack Horseman’s” Raphael Bob-Waksberg and Kate Purdy, “Undone” is a half-hour dramedy featuring “Alita: Battle Angel” star Rosa Salazar as a woman who discovers she has a new relationship with time after a near-fatal car accident and uses this ability to find out the truth about the death of her father. Angelique Cabral and Constance Marie also star.

In conjunction with the renewal, Amazon Studios has also signed Purdy to an overall deal.

“It’s been wonderful to share Undone and have people watching become part of the experience as they interpret the show through their own perceptions of reality,” said Purdy and Bob-Waksberg in a statement. “We are thrilled Amazon Studios is giving us the opportunity to keep exploring this world and these characters, and we look forward to seeing where the story takes us next – but since time is a construct, in a way, we already made the second season and you have always been watching it all along!”

“We’re so excited for a second season of this wholly unique, visually stunning and critically acclaimed series,” said Albert Cheng, co-head of television and COO of Amazon Studios. “Undone is beautifully done in every sense of the word, aesthetically and emotionally, and we’re very happy Undone will return for our Prime Video customers around the world.”

Also Read: Raphael Bob-Waksberg's 'Undone' Trailer Will Have You Question the Very Nature of Your Reality (Video)

“Undone” is produced by Amazon Studios and Michael Eisner’s Tornante Company with Noel Bright, Steven A. Cohen and Tommy Pallotta executive producing along with Bob-Waksberg and Purdy. Hisko Hulsing directs each episode.