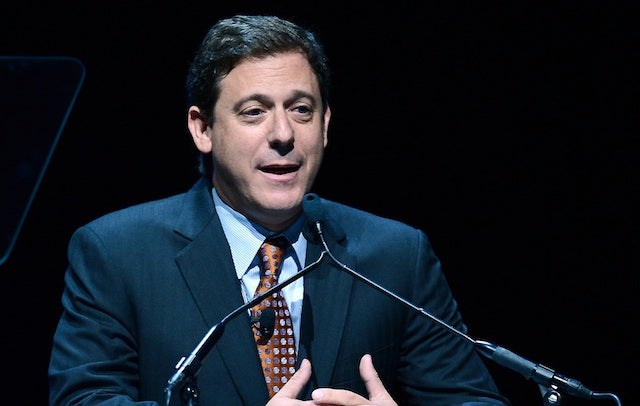 Every studio tends to save its most lavish and (hopefully) profitable movies for the summer, but Universal chairman Adam Fogelson at CinemaCon on Wednesday morning advocated a different approach, pushing for studios to release any movie at any time.

Citing his own studio’s success with releasing the “Fast & Furious” films in April and the horror movie “White Noise” in January, Fogelson said there was no reason “other than historical behavior that almost any film can open on any weekend.”

"White Noise," a low-budget horror film, went on to make $91 million at the box office and helped spark more studios to release similar movies early in the year. The "Fast" franchise has had great success in April, setting new records for two different weekends.

One theater owner joining Fogelson in Las Vegas disagreed with the notion of "any" movie, as Carmike Cinemas' David Passman argued too many R-rated movies opened early this year. Many blamed the glut of R-rated films for a soft first quarter at the box office, with grosses down double digits from last year.

Fogelson argued that the problem was the quality of the movies, not their rating.

“There were a lot of strange R-rated movies,” Fogelson said, later adding, “Blaming R is overly simplistic. If ['Django Unchained'] or 'Ted' opened in January, they would have been a hit. 'Identity Thief' was a hit. It’s about the movies."

The former marketing executive was speaking on a panel dubbed "Think Tank 2.0," and as the lone representative of a Hollywood studios, he often found himself speaking on behalf of them all.

Yet in this case, Fogelson set about differentiating Universal from his rivals. Though some studios have begun to warm to this idea, opening surefire hits like “The Hunger Games” in March, many still reserve movies they are least confident in for months such as January and September.

Universal has explored alternatives in part strategically, but Fogelson also acknowledged it was out of necessity.

“We’re a studio that hasn’t had the luxury of relying on traditional, tentpole intellectual property,” he said. “We make the movies no one was paying attention to.”

One notable exception to that bit of self-deprecation is "50 Shades of Grey," the adaptation of the bestselling novel. Fellow panelist Michael DeLuca is producing that film for the studio, but that didn't stop the two partners from mixing it up a bit over the future of dramas in movie theaters.

DeLuca, who has produced films such as "Moneyball" and "The Social Network," bemoaned studios' lack of commitment to adult-focused dramas.

"If one drama doesn't work, there are no dramas that year," DeLuca said. "They are dropped off the development slate."

"While there is still room for certain types of drama in the theater, we can't ignore the reality that TV is doing a brilliant job of scratching that itch for consumers," Fogelseon said.

"Everything has to be an event," DeLuca said. "Including adult movies."