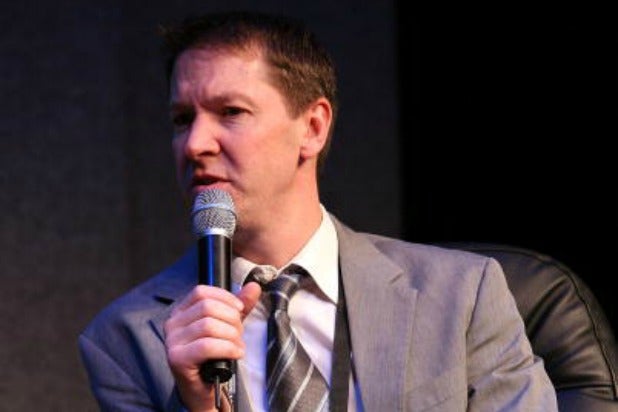 Kosse, who has been Universal Pictures’s president of International since 2009, and will the new job begin Nov. 1. He replaces Tessa Ross, who announced her departure to become chief executive of the National Theatre in March.

Film4 has developed and co-financed many of the most successful UK films of recent years, including Academy Award winners such as Steve McQueen‘s “12 Years a Slave,” Danny Boyle‘s “Slumdog Millionaire.“

In his ten years at Universal he started Universal Pictures International and helped it grow into a global operation in 16 countries that has grossed over $2 billion at the box office this year. He also grew the international acquisitions and production business. Recent successes include “Boyhood,” “Wolf of Wall Street,” and “Zero Dark Thirty.”

His international successes include “Mamma Mia,” which grossed over $460 million internationally, the “Bourne” franchise, which ($1.2B worldwide) and “Les Miserables” ($293 million). He helped Universal Pictures achieve its biggest year in history in 2013.

“After a very thorough search, I am delighted that David Kosse will lead the next chapter of Film4,” said David Abraham, channel 4’s chief executive. “David is one of the most respected leaders in the film industry today. He has built impeccable creative relationships with British and international talent and is also steeped in knowledge and experience of changing distribution models in film. I know that David will be a great addition to my management team and I greatly look forward to seeing his vision unfold at 4.”

“This is undeniably one of the best jobs in the British film industry,” said Kosse. “I’ve always had a passion for film and filmmakers and been a huge advocate for and a supporter of the British film industry so I am really excited about joining Film4. Tessa Ross and her team have done a fantastic job over the past few years and I hope my experience in international production, financing and distribution will see Film4 continue to flourish. We want to build a slate of innovative, exciting British films which continues Film4’s great filmmaking legacy of working with established filmmakers and discovering great new and original British talent.”

Kosse will oversee the development, financing and green-lighting of all feature films, and will support the production and distribution of all Film4-backed releases.