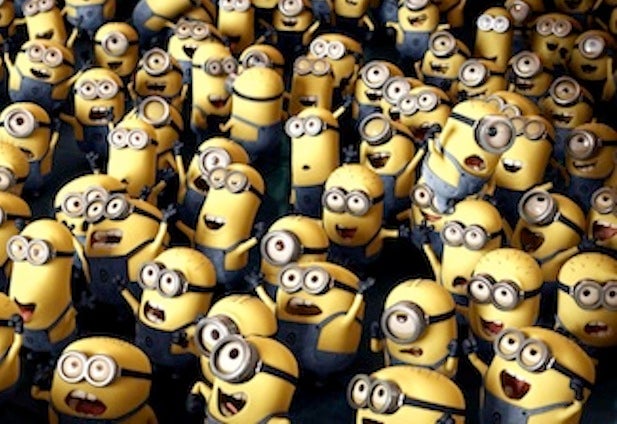 “Despicable Me” spinoff  “Minions” is the latest to join the release-date shuffle game.

Illumination Entertainment and parent company Universal have pushed the animated film back from Dec. 19, 2014, back to  July 10, 2015, they announced on Friday.

The “Minion” move means next year will be Universal’s first without an animated movie since 2009 — the last time Illumination did not make a movie.

“Minions” will now serve as counter-programming in a month loaded with action-heavy sequels or reboots. “Terminator,” “Independence Day 2” and “Batman vs. Superman” are all scheduled to open that July.

As competition in the animated-film space has intensified, every player has been moving films around. Pixar and Fox both announced release dates for movies years in advance this past summer, and Pixar just moved “The Good Dinosaur” from 2014 to 2015.

For the Record: An earlier version of this post said the “Minions” movie was previously scheduled for Dec. 19, 2013. It was scheduled for 2014.