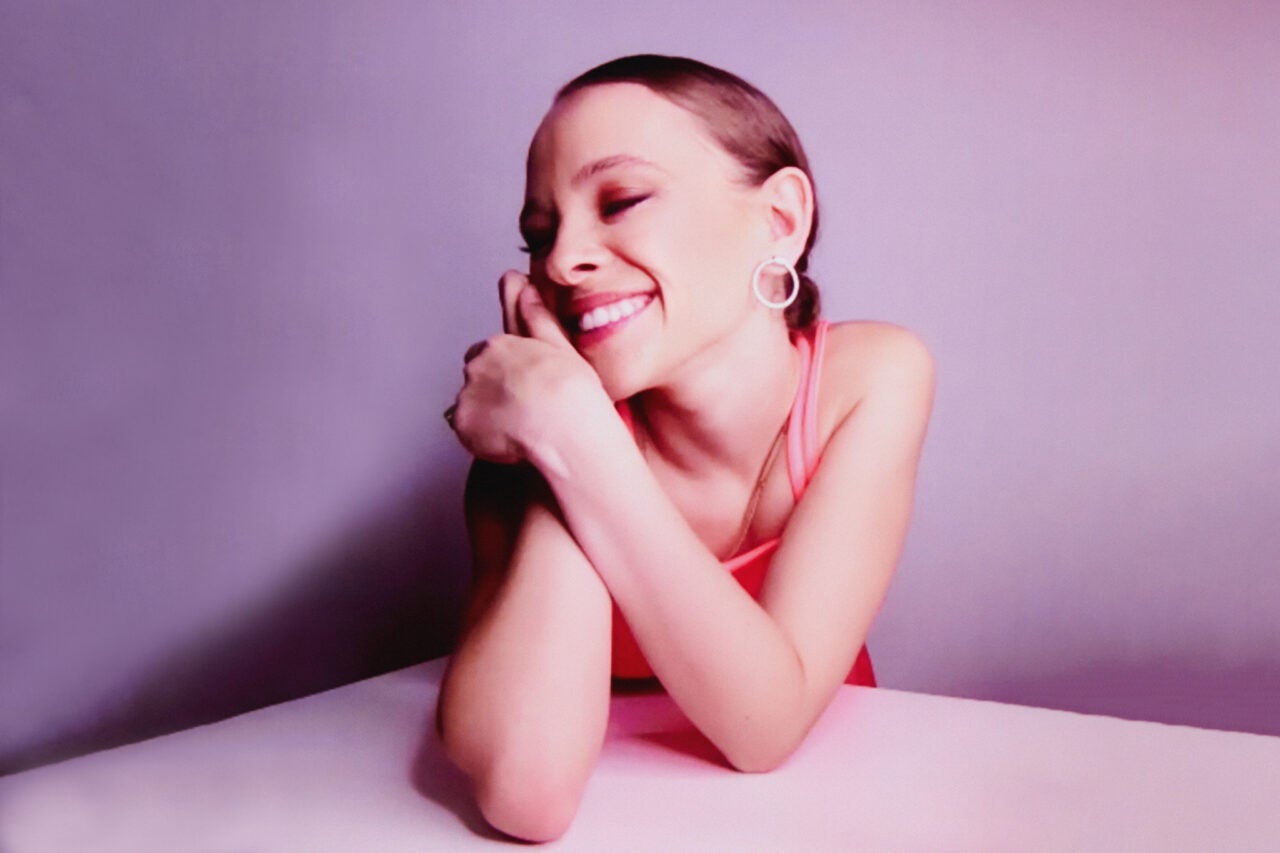 A version of this story about Shira Haas first appeared in the Emmy Hot List issue of TheWrap’s Emmy magazine.

Shira Haas is one of the discoveries of this year’s Emmy season. The petite 25-year-old Israeli was nominated for Outstanding Lead Actress in a Limited Series or Movie for “Unorthodox,” a Netflix limited series loosely based on the Deborah Feldman memoir about a young woman who runs away from her husband and family in the ultra-Orthodox Hasidic community in New York. To play the role, Haas had to learn to speak Yiddish and shave her head, among other challenges. She spoke to Sharon Waxman from her home in Tel Aviv, Israel.

You’ve played an ultra-Orthodox character before — Ruchami on the Israeli series “Shtisel,” and now Esty in “Unorthodox.” How much did you know about the Hasidic community before taking on these characters?
I didn’t know really much. When I started, I read a lot about the Satmar community, which Esty is in, and I read also Deborah’s book, of course. And I talked to a lot of women and people in general that left their community, so it really helped me. It was important for me to do justice with the place that Esty was coming from. But at the same time, what I really loved in Unorthodox is what I felt like when I read it. I got a look into a new world that I didn’t know before and a community and a character that’s very different from me. But I felt like I can really see myself within Esty. I understand her, I have empathy for her and it doesn’t matter where she comes from. 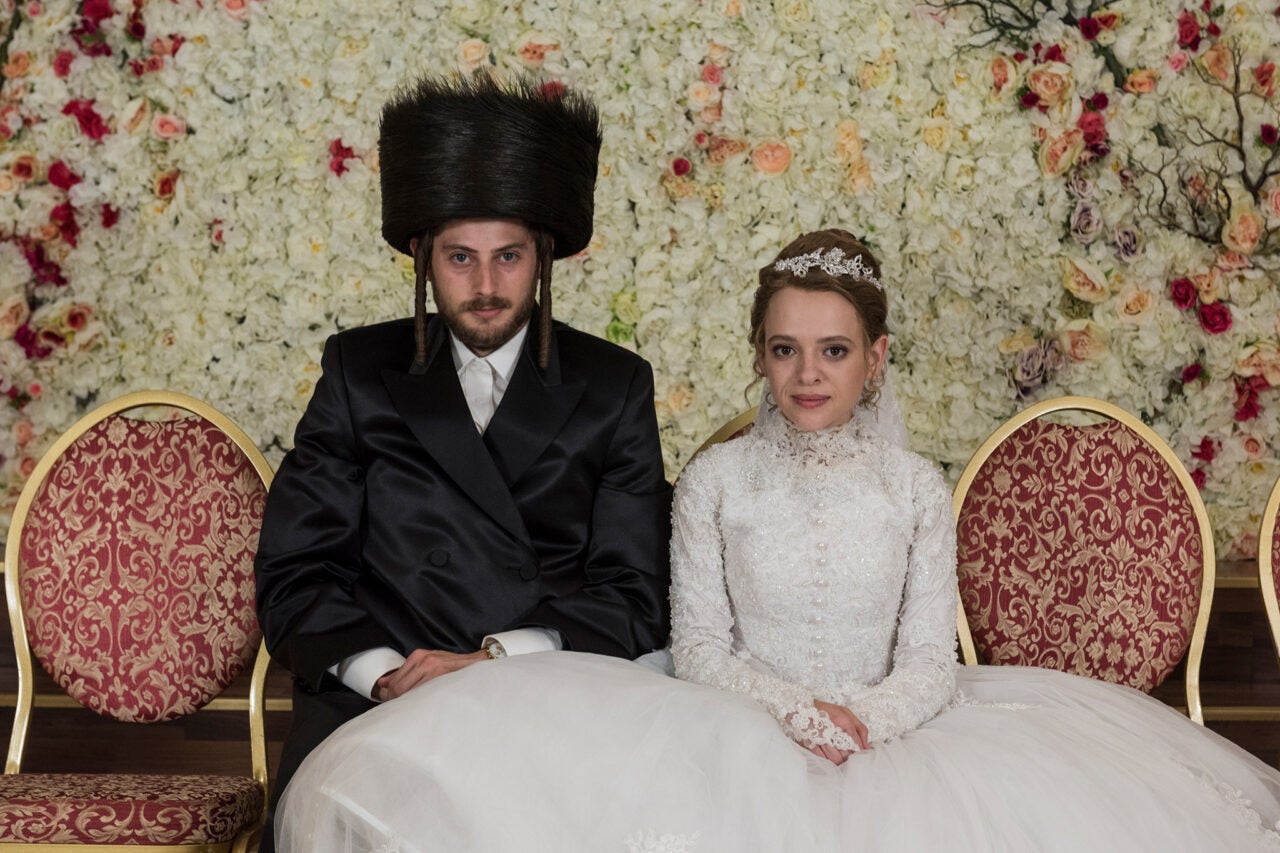 It’s about understanding her desire for independence — it’s almost like a prison-break role.
It was really an instinct for me to truly understand her urge to have a place that she can call home, to find yourself. I think it’s the most universal thing, this search to find yourself. I want to believe that’s also the reason that a lot of people from so many different countries and cultures — religious and nonreligious and Jewish and Muslim, it doesn’t matter — they all relate to this character.

Not every actor could learn this ancient Yiddish language and to speak it so naturally, which you do. How did you master that?
To be honest, I did not know Yiddish at all, and in “Shtisel” some characters talk Yiddish but my character doesn’t. I had an amazing teacher. His name is Eli Rosen. He was also our religious consultant, he also plays the rabbi in the show and we just spent hours together every day. I recorded him and recorded myself and I would write the lines in English and in Hebrew and I remember doing my dishes or going for a run and just listening to Yiddish. It was so important for me to know the language so well that once I went on set, I wouldn’t have to think about it. It was definitely one of the biggest challenges, but it was worth it and I really fell in love with it. I was suddenly into Yiddish poems at one point, I started reading a little bit and sometimes I even miss it. My grandparents talked (Yiddish) so it was close to me. 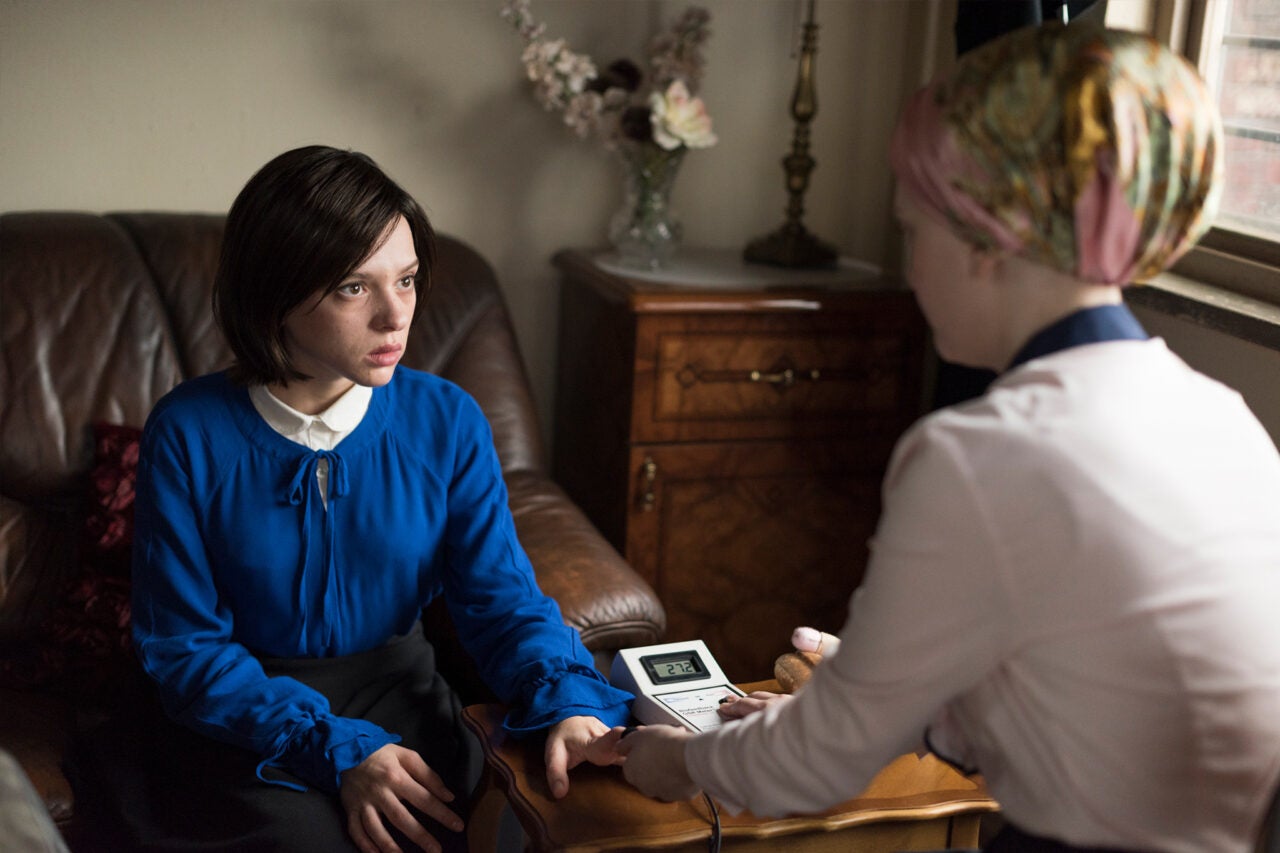 In a way, “Unorthodox” feels connected to so many stories of how women are kept down or controlled or treated as something other than fully authentic human beings. Did you see it that way?
Yes! Of course, it’s a story about a woman finding her voice. Maybe my favorite moment when I read the script is when she sings at the end of the show — sorry about the spoilers — because it’s something that (ultra-Orthodox) women are not allowed to do. And when she sings, (her friend) Dasia tells her, “I didn’t know you could sing like that.” And she says, “You don’t know lots of things about me. I myself don’t know a lot of things about me.”

Talk a little bit more about the very intimate moments of this series. I read that the scene in which you shave your head was the first day of shooting. How was that?
Yeah! It was one heck of a first shooting day. The first scene was the mikveh (ritual bath) scene and then the second scene was the shaving scene. That was the first day of shooting. 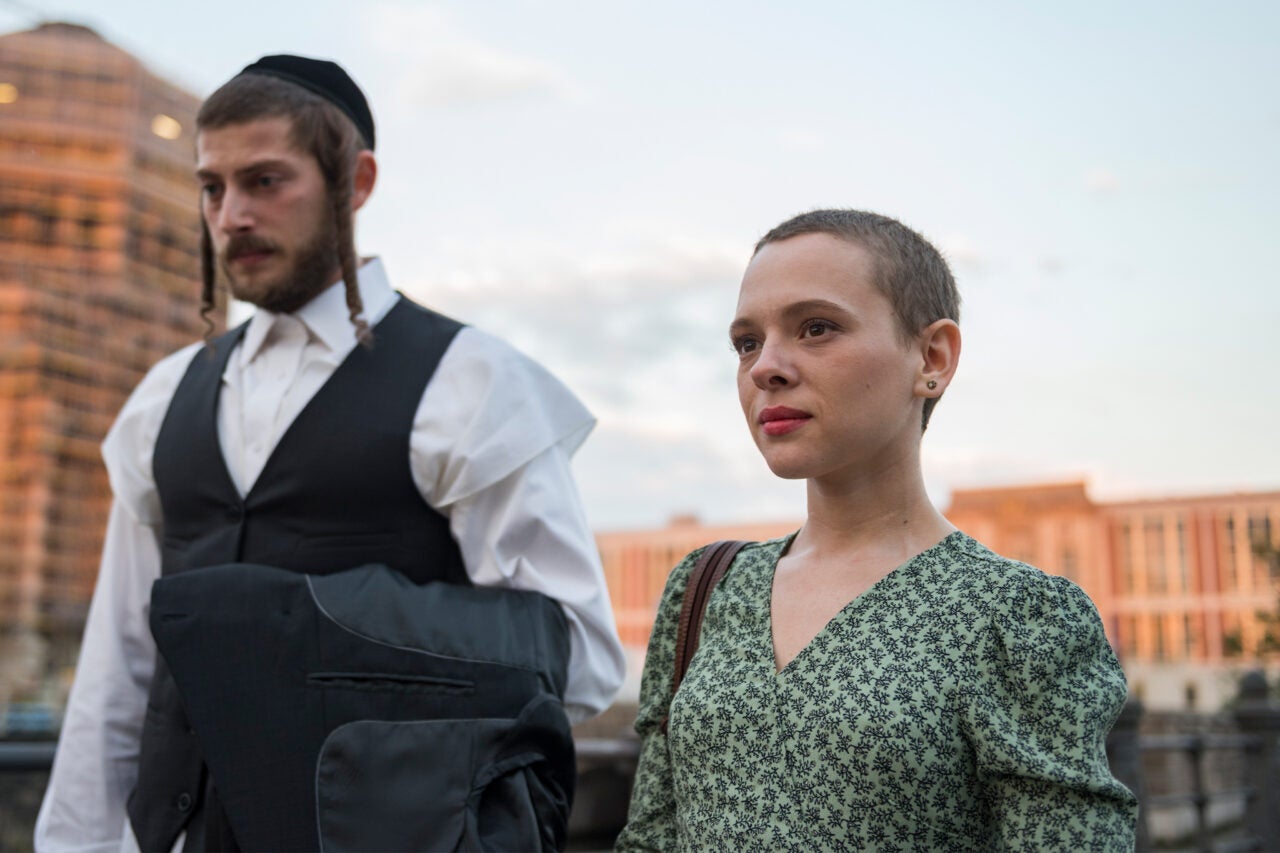 Why did you have your head shaved?
In this specific community, after a woman gets married she shaves her head and wears a wig or a tichel, which is a hat that you see in some scenes. I knew I was going to shave my head from the very beginning. I wasn’t questioning it. And the day arrived, and I remember I was really cool and I wasn’t nervous and I was ready to do it. And then suddenly we arrived at the location of the shaving scene and suddenly I felt the butterflies. I was nervous but I was very excited at the same time. I always had the longest hair as a child, so I had all these mixed emotions which is also kind of like what Esty is going through, right? She is very happy that she is getting married and she has this peek into a new life, but she is also very scared. You can see some Shira in that scene as well. Of course I changed the volume and was acting, but it was definitely a very intense, in the most amazing way, experience for me as well.

What do you mean, “There was some Shira in there?”
I mean the fact that I myself had so many mixed emotions. I had all these conflicts within me like Esty does. So I think it helped me, and I tried to bring it to this scene. And it’s important to say — it’s two cameras but it’s one take. You only have one head of hair, right?

That’s right, you can only do it once.
I talked with Maria Schrader, our amazing director, two days before and I asked her, “Should it be excitement? Should I be terrified?” She told me, “Just be.” It was great advice in general, and it’s really what happened. I told myself, “Whatever will come, I will just let it be.”