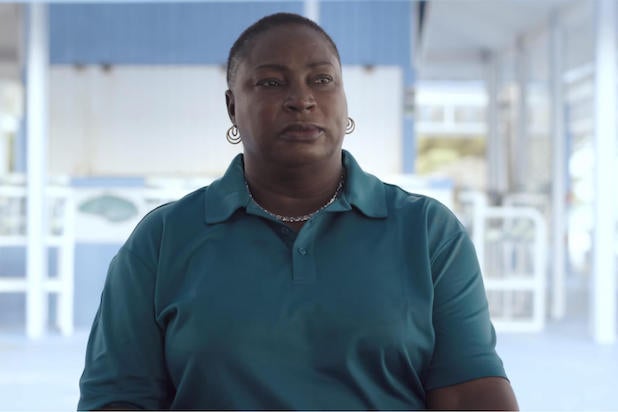 A woman who lost her life savings in the Fyre Festival fiasco in 2017 has won back $139,000 through a crowdfunding campaign.

After appearing in the new Netflix documentary “Fyre,” Bahamian cook and resort owner Maryann Rolle launched a campaign on GoFundMe in hopes she could recoup some of the losses she said she sustained because she was not paid for her work on the festival.

Rolle and her husband Elvis launched the campaign on Jan. 14 ahead of the Netflix’s documentary release on Jan. 18. And within three days — as of the time of this writing — Rolle’s campaign has earned just over $139,000, surpassing her set goal of $123,000.

Rolle posted a photo to Facebook of her and Elvis holding a handwritten sign reading “Thank-You Go Fund Me,” along with the caption, “Thank you ALL.”

Rolle, who runs the Exuma Point Resort, wrote on her GoFundMe page that in April 2017, she “pushed myself to the limit catering no less than a 1000 meals per day,” delivering breakfast, lunch and dinner to Coco Plum Beach and Roker’s Point, where the main events of the festival were scheduled to take place. But as she further describes in the documentary, Rolle drained $50,000 of her life savings to cover her expenses — including paying event employees — and but was then not paid by Billy McFarland or the rest of the Fyre Festival management team for her work.

“It has been an unforgettable experience catering to the organizers of Fyre Festival,” Rolle wrote on GoFundMe. “I was left in a big hole! My life was changed forever, and my credit was ruined by Fyre Fest. My only resource today is to appeal for help.”

Rapper Ja Rule, who co-founded the Fyre Festival, also apologized to Rolle after seeing the documentary and hearing her story.

“My heart goes out to this lovely lady… MaryAnne Rolle we’ve never met but I’m devastated that something that was meant to be amazing, turn out to be such a disaster and hurt so many ppl,” Rule said on Instagram. “SORRY to anyone who has been negatively effected by the festival.”

My heart goes out to this lovely lady… MaryAnne Rolle we’ve never met but I’m devastated that something that was meant to be amazing, turn out to be such a disaster and hurt so many ppl… SORRY to anyone who has been negatively effected by the festival… Rule

From “King: A Filmed Record” to “Freedom Riders,” the story of the U.S. civil rights movement is told through film