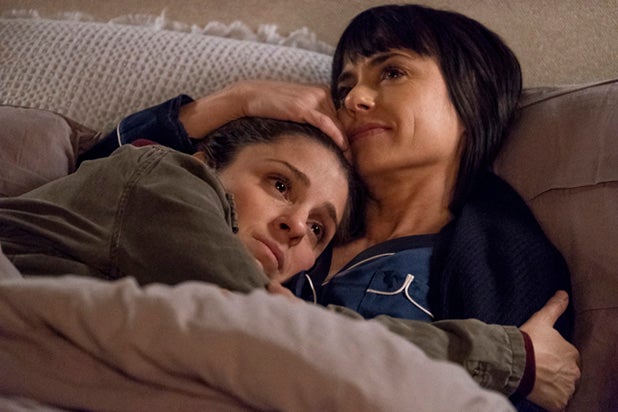 “UnReal” fans got a special treat on Monday when Hulu made the entire fourth and final season of the former Lifetime drama available to stream with no warning.

As TheWrap previously reported, Hulu made a deal with “UnReal” producers A+E Studios to be the new home for the show’s fourth outing, which has now officially been confirmed as the show’s last.

Season 4 follows Rachel (Shiri Appleby) and Quinn (Constance Zimmer) as they return to the set of the dating show-within-a-show “Everlasting” for an “All Stars” themed season. With former contestants, and a new format, it is poised to be even more dramatic than ever.

Also Read: 'unReal': How the Fourth (and Final) Season Ended Up at Hulu

Prior to the debut of season 3, Lifetime announced that the drama from co-creator Sarah Gertrude Shapiro and showrunner Stacy Rukeyser had been picked up for a fourth edition. However, when season 3 premiered to weak and declining ratings, it opted to pass the already-produced fourth season to Hulu instead.

New cast members for the season include François Arnaud, Natalie Hall, Meagan Holder and Alejandro Muñoz. Zimmer and Appleby have both directed episodes this season, including the Appleby-helmed series finale.

“‘UnReal’ has captivated audiences on Hulu since season one, so when this opportunity came to us, we knew we couldn’t miss out,” said Craig Erwich, Hulu senior vice president of content. “This is a unique way to both satisfy fans of the show, while also continuing to introduce it to new audiences.”

“We love season four of ‘UnReal’ and its visionary creativity in bringing back many favorite characters for an all-star competition. When the opportunity to partner with Hulu arose, we immediately saw the huge benefit to ‘UnReal’s’ loyal fans, as well as a unique way of recruiting first-time viewers to this ground-breaking series,” said A+E Studios’ Barry Jossen. “‘UnReal’ has been an incredible ride filled with awards, critical recognition, committed fans and, best of all, insightful cultural dialogue throughout its run.We expect season four to deliver another great round of cultural influence with its timely themes.”