Shaka King, Ryan Coogler and Charles D. King — the Oscar-nominated producing team behind “Judas and the Black Messiah” — have teamed with Lil Rel Howery to develop an original feature centered on an American political insurrection, the filmmakers announced on Tuesday.

King is attached to direct the untitled project, though details about the plot are scant. King will produce along with Coogler for Proximity Media, King for MACRO, and Lil Rel Howery. 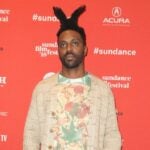 On the heels of six Oscar nominations and two wins for “Judas and the Black Messiah” – including a momentous Best Picture nomination marking the first time in history an all-Black producing team has been recognized in this category – this project marks the highly anticipated second feature.

In addition to the Oscar recognition for “Judas and the Black Messiah,” King and his co-writers were selected to receive WGA’s coveted Paul Selvin Award. King is repped by UTA, Goodman, Genow, Schenkman, Smelkinson & Christopher and Narrative.

Coogler who is currently in preproduction on the sequel to “Black Panther” is repped by WME, M88, Cohen & Gardner and ID PR.

Charles D. King, who is the Founder & CEO of MACRO, a multi-platform media company representing the voice and perspectives of Black people and people of color, is repped by Granderson Des Rochers and The Collins Jackson Agency PR.

Lil Rel Howery is a comedian, actor, writer, and producer. His breakout role in the Oscar-winning “Get Out” earned him the Best Comedic Performance in a Movie at the MTV Movie & Television Awards, and a nomination for an NAACP Image Award for Best Supporting Actor. His recent credits include Netflix’s “Fatherhood” and 20th Century Fox’s “Free Guy.” Howery is repped by UTA, Fourth Wall Management, and Cohen & Gardner and The Aziza Work Group Inc.