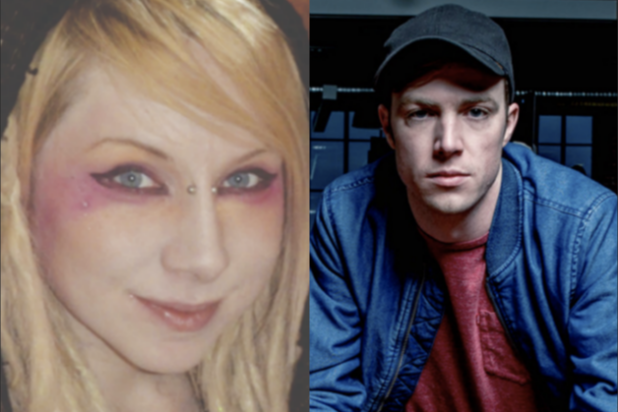 “Up and Vanished” Season 2 is a fish-out-of-water mystery: straitlaced podcast host and amateur sleuth Payne Lindsey travels from Georgia to a remote Colorado mountain town where a young mom disappeared, and encounters a non-conformist spiritual seekers. As Lindsey notes, it’s like a “Twin Peaks” for the drum-circle set.

And it’s all true. In our new “Shoot This Now” podcast, we talked with Lindsey about how it could be a movie. You can listen to on Apple or right here:

Lindsey, of course, is the Dale Cooper of our story — an apparent straight arrow among people who embrace being different. And like Cooper, he’s deceptively powerful. His investigation of Tara Grinstead’s disappearance in “Up and Vanished” Season 1 helped lead to two arrests. (Ryan Duke has been charged with murdering her, and his friend Bo Dukes is accused helping move Grinstead’s body. Both men have pleaded not guilty.)

Kristal Anne Reisinger is a striking 29-year-old whose disappearance is the subject of “Up and Vanished” Season 2. During a full moon drum circle in July 2016, she wandered off into the darkness beyond a bonfire’s light, never to be seen again. She left a young daughter behind, which strongly suggests she didn’t disappear by choice. She believed she had psychic powers.

Like Cooper, Lindsey is trying to solve the mystery by talking to the quirky inhabitants of the town — almost all of them religious devotees drawn to the town’s reputation as spiritual center. Crestone, nestled deep in the Colorado mountains. draws everyone from Buddhists to Catholics to at least one former follower of the group depicted in Netflix’s “Wild Wild Country.”

Also Read: No, Really: There's a 'Wild Wild Country' and 'Up and Vanished' Connection (Podcast)

As Lindsey tells us, there may be cults involved. And drugs. And mystery men.

Crestone may very well be scarier than Twin Peaks — because Crestone is real.