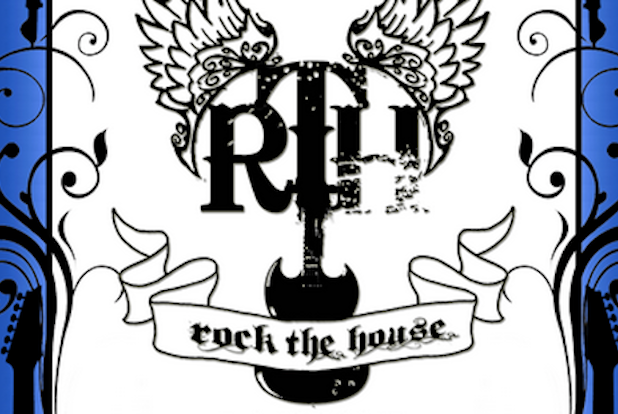 Politicians, film studios and record labels have a new reason for hope in their floundering fight against piracy: England.

Mike Weatherley, a top advisor to British Prime Minister David Cameron, spent the last week pitching his American counterparts on Rock the House, an event series he has used to combat piracy in the UK.

Rock the House is a music competition that politicians can stage in their respective districts to attract fans and spread awareness about the importance of intellectual property rights.

Weatherly considers it a great success and has debated creating a similar competition for filmmakers. The United States is eager to join Australia in copying the UK’s blueprint for both music and, potentially, film.

“They were lax in terms of copyright protections in Great Britain before, and he embarked on this to get greater awareness,” Congresswoman Judy Chu, chair of the Creative Rights Caucus, told TheWrap. “The results are in greater protection for copyright.”

Awareness matters so much to both Chu and Weatherley, because public opinion is a potent obstacle in their efforts to eliminate piracy. Congress’ efforts to pass anti-piracy legislation stalled a few years ago in the face of ferocious public opposition.

“People really don’t think [piracy] is wrong,” Weatherley told TheWrap during a meeting with a group of reporters. “We have to win that message; we’ve lost that message.”

Internet giants such as Google and Wikipedia have played a part in that defeat, fomenting public opposition to the Stop Online Piracy Act (better known as SOPA) two years ago. They felt the bill was far too sweeping in its regulations, and public resistance prompted Congress to give up on the bill, which once seemed certain to pass.

Yet neither Weatherly nor Chu believes an adversarial approach to Google will work.

Not everyone in Hollywood agrees. Many blame Google for piracy because its search engine is one of the primary ways in which people find websites hosting pirated content.

“We’ve got a major problem with [President] Obama, who is scared of Google,” producer Avi Lerner told TheWrap. “He said Google is bigger than all of the studios put together, and he can get more money from them.”

“Most of the people in the world, especially young children, don’t think they have to pay to see a movie,” Lerner added. “They don’t understand that by doing this we are losing millions and billions of dollars.”

While Weatherley agrees people do not want to pay, he is encouraged because Google has expressed a desire to help persuade people otherwise.

“They are engaging with me,” he said. “They recognize something must be done. They don’t want to go as far as I’d like them to go […] but it will be a step in the right direction.”

As movie production in the UK skyrocketed, Cameron appointed Weatherley to help safeguard an increasingly important industry. Generous tax incentives have lured U.S. movie studios to film movies such as “Fast 6 ” and the next “Star Wars” in England.

Yet as much as England and the United States want to protect the creative industries, politics often trumps policy. Politicians are wary about angering consumers, so Weatherley and Chu have adopted modest goals.

Weatherley hopes political parties will put anti-piracy efforts on their platforms for the next election, spurring change after they pass.

Chu said they could not arrange Rock the House events until after politicians get through the midterm elections in November, but she hopes to unveil a plan in January.

“This is really great at promoting awareness with the average citizen,” Chu said.

“Each congressmember could have as big a competition or as small a competition as they want,” Chu continued. “It’s a bridge towards getting something done.”

For years the United States has been exporting its movies to England, and now it hopes to get something in return.