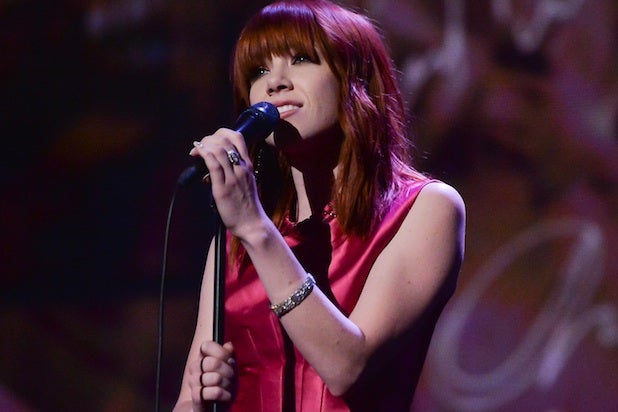 As part of its efforts surrounding National Bullying Prevention Month, USA Network in association with R&R Partners Foundation’s Flip the Script is holding the “Unite Against Bullying Commercial Challenge,” in which one winning idea will be produced and aired by the cable network.

Pop singer Carly Rae Jepsen will announce the contest during Thursday’s #UniteLive: The Concert to Rock Out Bullying to an audience of thousands of students in Las Vegas.

“We were so thrilled that Carly Rae Jepsen signed on to headline #UniteLIVE: the Concert to Rock Out Bullying,” USA Network’s senior vice president of public affairs, Toby Graff, told TheWrap. “She’s genuinely passionate about the cause of stopping bullying and she has a huge following among the exact audience of young people we’re trying to reach to spread the message and help prevent bullying.”

Jepsen also appears in an original Public Service Announcement (PSA) calling for student entries to the competition that will air on USA Network.

Starting Thursday, students between the ages of 13 to 18-years-old can enter the commercial contest by submitting a short written essay or video www.charactersunite.com. The winner will receive an iPad and trip to Los Angeles to see the commercial filmed. Two runner-ups will also receive iPads. The contest ends on Nov. 20.

“We’re excited to get creative ideas on how to stop and prevent bullying from kids across the country,” Graff said. “They understand the issue and they know how to speak to their peers in a way that can really resonate. The Unite Against Bullying Commercial Challenge will give them a chance to express themselves, make a real difference and win a cool prize of seeing their idea made into a real TV ad.”

The concert and contest are part of USA Network’s initiative called “Characters Unite,” which aims to combat discrimination and intolerance.

“USA’s Characters Unite public service initiative is dedicated to combating hate and discrimination and certainly bullying is a critical issue that fits under the campaign umbrella,” Graff explained. “We know that millions of young people are negatively impacted by bullying each year and we wanted to create a special event and the Commercial Challenge to let them speak out, make their voices heard and be part of the solution.”