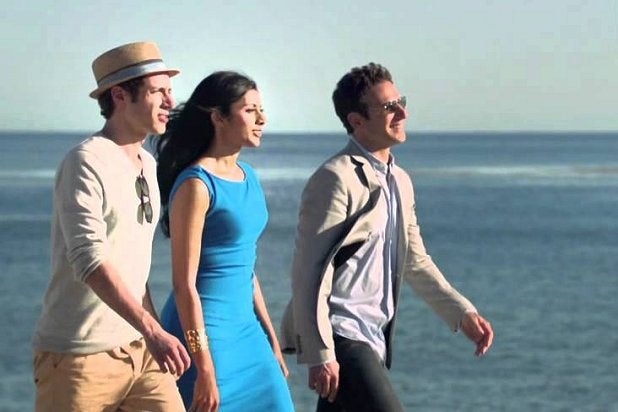 USA Network has announced a double renewal for its popular summer series “Royal Pains,” picking up the light-hearted medical drama for a seventh and eighth season of eight episodes each. The series, which stars Mark Feuerstein and Paulo Costanzo, while reach its 100th episode milestone during Season 8.

This order marks the lowest per-season episode order yet for the long-running series. The past two seasons have seen orders of 13 episodes each, with previous seasons seeing even higher orders of 16 and 18 episodes.

The network touts the successful run of the series, pointing out that it remains a top 10 series on its night, averaging 3.36 million total viewers.

“‘Royal Pains’ remains a staple for fun summer TV viewing, and we are pleased to bring back the series for two additional seasons,” USA Network President Chris McCumber said. “We’re extremely proud of both the talent and creative team, who, season after season, have brought to life to these relatable and multifaceted stories, which continue to attract a loyal fan base.”

The show took a major creative leap in the Season 6 finale, with Feuerstein’s Hank Lawson taking an active role in the Hamptons’ Heritage Hospital. For the previous five seasons, he had worked as an independent concierge doctor, going under the name HankMed.

Costanzo’s Evan was his self-appointed CFO with Reshma Shetty’s Divya Katdare as their physician assistant. HankMed has grown and expanded over the years, but the heart of it has always been these three and their familial-like bond.

“‘Royal Pains’ was a breakout hit from its first episode and continues to deliver for USA and our studio,’ said Jeff Wachtel, president and CCO of NBCUniversal Cable Entertainment. “It’s no easy feat to maintain a real connection with your audience season after season, but [executive producer] Andrew [Lenchewski], [executive producer] Michael [Rauch], Mark [Feuerstein], Paulo [Costanzo], Reshma [Shetty] and the rest of team have done that and more.”

Based on previous season launch dates, viewers can expect Season 7 to premiere in June 2015, with Season 8 likely for Summer 2016.