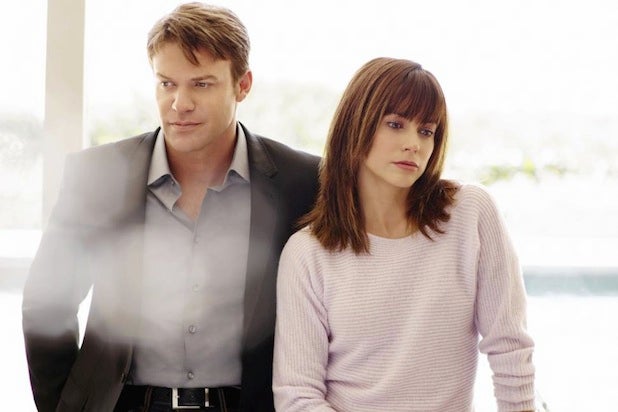 USA Network has renewed freshman drama “Satisfaction,” for a second season. Meanwhile, it has canceled “Rush” and has yet to announce a decision on freshman comedy “Playing House.”

USA has ordered 10 new episodes of “Satisfaction” from producers Universal Cable Productions, which will go into production next year in Atlanta.

Created by “Suits” and “Nip Tuck” alum Sean Jablonski, “Satisfaction” is a provocative drama that explores modern marriage at its midpoint. Through the lens of one couple, Neil Truman (Matt Passmore, “The Glades”) and his wife, Grace (Stephanie Szostak, “The Devil Wears Prada”). It delves into their shocking and unconventional choices.

From writer/director Jonathan Levine (“Warm Bodies”) along with Fox 21, “Rush” starred Tom Ellis as a “medical fixer” who privately caters to LA’s elite. It served as the lead-in to “Satisfaction” and didn’t see quite the lift from delayed viewing that the other show earned.

Still no word on the future of comedy “Playing House.” The comedy series was created by and stars “Best Friends Forever” duo Jessica St. Clair and Lennon Parham as friends raising a baby together. Its June 17 finale earned 846,000 total viewers and a 0.4 in the advertiser-coveted 18-49 demographic.