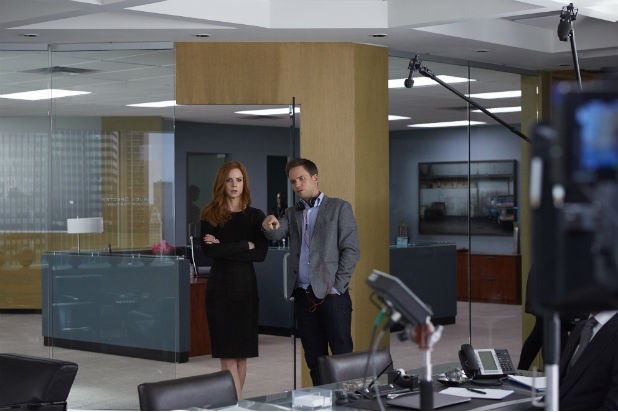 Adams directed the season’s episode “Derailed.” On it, Mike (Adams) takes a humanitarian case that could jeopardize the firm while Harvey (Gabriel Macht) grapples with getting a hold of his associate. And rival Louis (Rick Hoffman) fights for the respect a name partner at Pearson Specter deserves.

For those new to the series, “Suits” centers on a fast-paced Manhattan corporate law firm led by Harvey and his associate, Mike , who isn’t legally allowed to practice law — a secret both have protected.