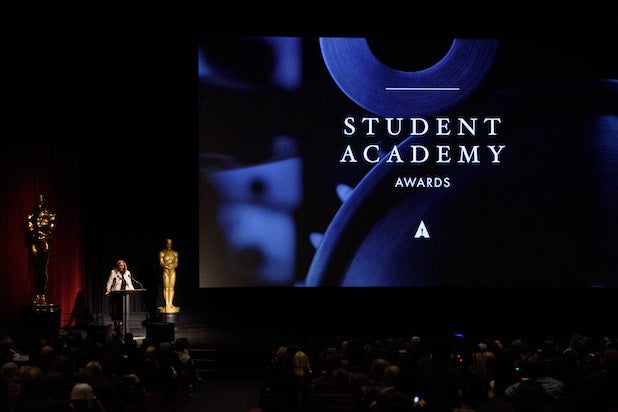 USC led all schools with four winners at the 47th Student Academy Awards, the Academy announced on Tuesday. NYU was second with three winners, while the Rhode Island School of Design, the School of Visual Arts and Ringling College of Art & Design each won one award.

The Academy will announce the level of each award — gold, silver or bronze — at a virtual ceremony on Oct. 21. All winning films, regardless of level, qualify for the Academy Award in the Best Live Action Short, Best Animated Short or Best Documentary Short category.

Among international schools, the winners came from Filmakademie Baden-Württemberg in Germany, Westerdals Institute of Film and Media in Norway, Centro de Capacitación Cinematográfica in Mexico, Institut des Arts de Diffusion in Belgium and Baltic Film & Media School, Tallinn University in Estonia. It was the first Student Oscar win for the Belgian and Estonian schools.

The winners were chosen from among 1,474 entries made by 207 domestic and 121 international schools.