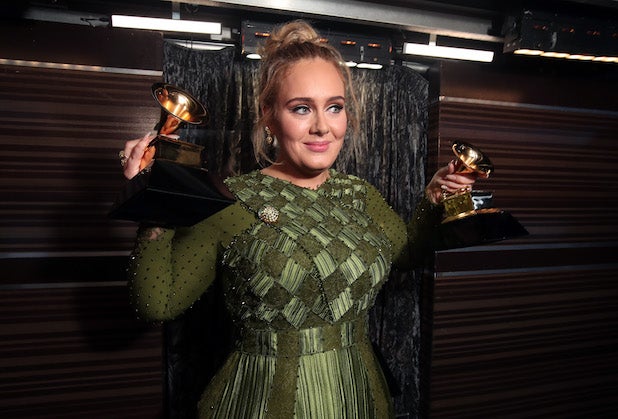 A new study out of the University of Southern California found that male nominees for Grammy awards far outnumber females nominated in recent years.

The findings reflect gender disparity that has long been engrained in the music industry as a whole.

For example, Adele and Taylor Swift are the most recent Album of the Year winners (Adele for “25” in 2017 and Swift for “1989” in 2016), but their nominations also go to producers, recording engineers, mixers, mastering engineers and songwriters — that’s where the recording industry is almost exclusively male. This year, Lorde is the only woman with an album nominated in that category for her sophomore album “Melodrama,” up against Bruno Mars’ “24k Magic,” Kendrick Lamar’s “Damn” and Jay-Z’s “4:44.”

The study found that women are more likely to be noticed as solo artists than as a part of a group.

Of all performers across a sample of 600 popular songs over the past six years, only 22.4 percent were female. In 2017, that number was only 16.8 percent.

Stacy L. Smith, who conducted the study as part of the USC Annenberg Inclusion Initiative, said that these findings reflect the entire industry.

Also Read: Grammys to Include Tribute to Victims of Concert Gun Violence

“The voices of women are missing from popular music,” Smith said. “This is another example of what we see across the ecosystem of entertainment: Women are pushed to the margins or excluded from the creative process.”

Part of that creative process is, of course, writing and producing songs. Of the 600 most popular songs in the past six years, only 12.3 percent of songwriters were women, and only 2 percent of producers across 300 songs were female.

The recent Time’s Up initiative has shed light on gender disparity in the film and TV industry, and this study shows that a gaping disparity extends to the music industry. “The lack of female songwriters and producers means that the epidemic of invisibility we have catalogued for women in key creative roles in film and television extends to music,” Smith said. “These agenda-setting songs are like so many other forms of entertainment — reflective of a largely male perspective.”

Most songs by a female artist were also written by a woman — though 65 percent of the time, that woman was the artist herself (Swift and Adele are both known to write or at least co-write much of their music, for example).

Leah Fischman, Annenberg Inclusion Initiative board chair, said the goal of the study is to inspire change in the music industry.

“Our goal is to work with industry members and companies to continue to explore this topic, leveraging the theoretical and empirical knowledge of the Annenberg Inclusion Initiative to address exclusion and create large-scale systemic change,” she said.

You can see the full report here.