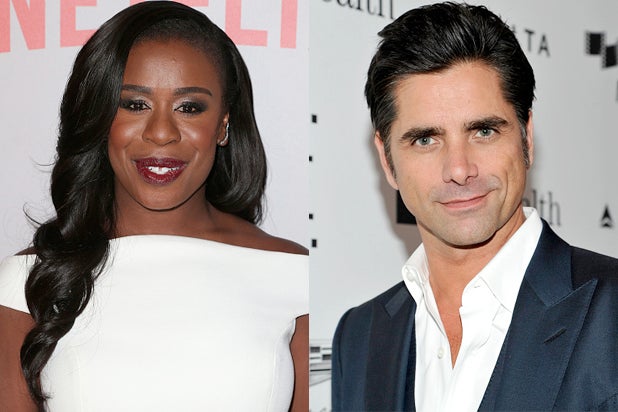 The tradition of early morning Emmy nomination announcements is no more, with the Television Academy moving the ceremony to 8:30 a.m. PT for 2015, from 5:30 a.m. PT in years past.

“Orange Is the New Black” star Uzo Aduba and John Stamos, who returns to TV with Fox’s “Grandfathered” and Netflix’s “Fuller House,” are set to announce the nominations on July 16.

This year’s Emmy race began last June, when the voting eligibility period began, and will culminate Sept. 20 with the primetime awards and Governors Ball.

“Television has never been more robust, available and entertaining,” said Television Academy Chairman and CEO Bruce Rosenblum. “This year we’ve had a 40 percent increase in drama series submissions and close to a 70 percent increase in limited series submissions, which underscores the wealth of content that’s being produced across all platforms by top quality talent in this new golden age of television. We look forward to having Uzo and John join us as we kick off what promises to be an incredible Emmy season.”

The Emmys return to a Sunday night broadcast this year, airing live on Fox on Sept. 20 at 8 p.m. ET from the Nokia Theatre L.A. LIVE in Los Angeles.