Netflix has set the main cast for the upcoming opioid crisis drama “Painkiller,” with Uzo Aduba and Matthew Broderick set to take on two of the lead roles.

The drama, from director Peter Berg and “Narcos” showrunner Eric Newman, will tell the story of the opioid crisis in the U.S. Aduba will play Edie, an investigator leading the case against Purdue Pharma, while Broderick will portray Richard Sackler, scion of the billionaire Sackler family and senior executive at Purdue.

Joining them in the series are West Duchovny (“Linoleum,” “The Magicians”) as Shannon, a new recruit to the Purdue sales team; Dina Shihabi (“Archive 81,” “Ramy”) as Britt, a veteran sales rep for Purdue; and John Rothman (“One Mississippi,” “Ghostbusters”) as Mortimer Sackler, co-owner of Purdue Pharma. 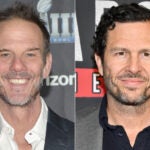 The drama draws from Patrick Radden Keefe’s New Yorker article “The Family That Built an Empire of Pain” and Barry Meier’s book “Pain Killer: An Empire of Deceit and the Origin of America’s Opioid Epidemic.” Both serve as consultants on the series. Alex Gibney executive produces.

“Painkiller” is one of two upcoming high-profile limited series about the opioid crisis. Hulu is set to debut its own project about the crisis — “Dopesick,” starring Michael Keaton, Peter Sarsgaard, Kaitlyn Dever and Will Poulter — later this year, with “Call Me By Your Name” actor Michael Stuhlbarg playing Richard Sackler.