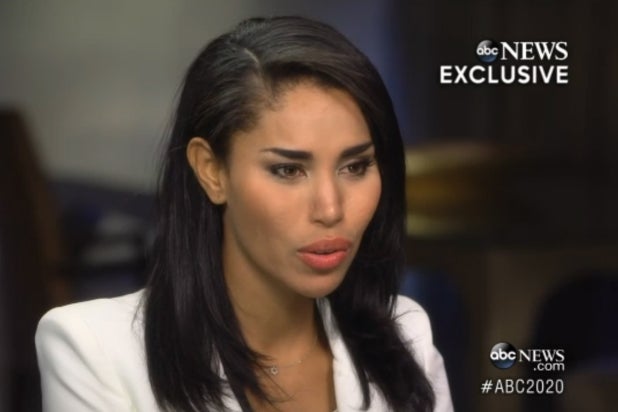 Who says that irony is dead?

V. Stiviano, the woman at the center of the scandal surrounding L.A. Clippers owner Donald Sterling — who was banned from the NBA after he was caught on tape making racist comments to Stiviano — has now herself been captured making derogatory comments about black people, TMZ reports.

On the video, posted to TMZ, Stiviano comments,”I don’t understand black people. You give them a little bit of money, they don’t know what to do with it.”

She goes on to opine that black people “just act crazy … they’re like, ‘Yo, I wanna put extra rims on top of my rims. And my rims are gonna turn around. I’m gonna call them spinners.'”

According to TMZ, the footage is from 2011, when Stiviano was filming a reality show pilot about gold diggers.

Sterling, meanwhile, filed a $1 billion lawsuit against the NBA and NBA commissioner Adam Silver on Friday.