Vanessa Bryant has reached a settlement with the helicopter company involved in the death of her husband, NBA star Kobe Bryant, and their 13-year-old daughter Gianna last year.

According to court documents filed on Tuesday, Bryant and the families of the other victims of the same helicopter crash have settled their respective wrongful death lawsuits against Island Express Helicopters. Bryant’s original filing also named the estate of pilot Ara Zobayan as a defendant, and the estate was listed as one of the parties to the settlement on Tuesday. 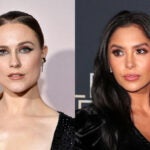 Bryant filed the wrongful death lawsuit last January, arguing that Zobayan and Island Express failed “to use ordinary care in piloting the subject aircraft” and were negligent, leading to the crash that killed her husband, their daughter and seven others on Jan. 26, 2020.

Back in February, the National Transportation Safety Board recommended stricter safety measures for helicopter charters and more training for pilots like Zobayan, who they said carried on recklessly despite bad weather conditions.