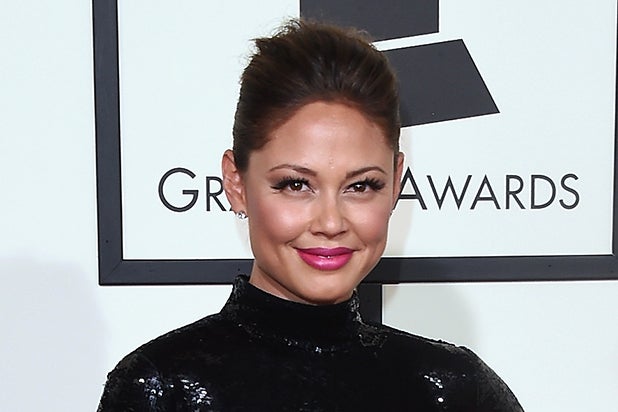 Vanessa Lachey has joined the cast of Fox’s “BH90210” event series in a recurring role.

Lachey will not be playing herself in the meta-revival, but will instead play Camille, wife to the show’s “heightened” version of Jason Priestley.

“BH90210” will see the return of original cast members Priestley, Brian Austin Green, Shannen Doherty, Jennie Garth, Ian Ziering, Gabrielle Carteris and Tori Spelling to the franchise that launched their careers nearly 30 years ago. In a meta twist, the six-episode series centers on the original cast playing fictionalized versions of themselves — “with a healthy dose of irreverence” — as they try to get a revival of their old show off the ground.

La La Anthony has also been cast in the show as Shay, a superstar hip-hop/pop artist and the wife of Green’s version of himself. Anthony and Lachey are the only two newcomers to the “90210” franchise to be announced thus far.

The new series is based on a concept by Chris Alberghini, Mike Chessler, Spelling and Garth. Cast members Carteris, Doherty, Green, Priestley and Ziering will also serve as executive producers. It is produced by CBS Television Studios.

Paul Sciarrotta, who has an overall deal with CBS TV Studios, will serve as co-showrunner alongside Alberghini and Chessler.