Lachey plays Jane Tennant, the first female Special Agent of Charge in the state. Antoon will play Ernie, while Al-Bustami will play Lucy. Both are members of Jane’s team.

Here’s the description for “NCIS: Hawai’i”: The world’s most successful television series continues on the seductive shores of the Aloha State as the first female Special Agent in Charge of NCIS Pearl Harbor and her team balance duty to family and country, investigating high-stakes crimes involving military personnel, national security and the mysteries of the island itself. 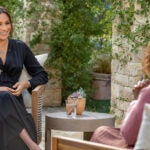 CBS changed the spelling of Hawai’i to reflect the Hawaiian spelling of the state’s name.

“NCIS: Hawai’i” hails from writers and executive producers Matt Bosack, Jan Nash and Chris Silber. Larry Teng is directing the pilot and will also executive produce the series. “NCIS: Hawai’i” will essentially replace the outgoing “NCIS: New Orleans.” The flagship “NCIS” and “NCIS: Los Angeles,” the franchise’s first spinoff, are both coming back next season.

Like its “NCIS” franchise siblings, “NCIS: Hawai’i” will be produced by CBS Studios.

Here are the full character descriptions from CBS:

VANESSA LACHEY - “Jane Tennant” – The first woman SAC of NCIS: HAWAIʻI. She’s as diplomatic as she is hard-charging. A woman in a male-dominated profession, she’s thrived in a system that’s pushed back every step of the way through equal parts confidence and strategy. But Tennant is more than just a job and a title. She’s a mother raising her kids mostly on her own. Like any parent who loves their career and their family – she’s a master juggler – balancing the duty to both her children and her country.

YASMINE AL-BUSTAMI - “Lucy” – Confident in the way that reflects a lifetime of achievement and youthful enthusiasm, Lucy is the junior member of Tennant’s NCIS team. Eager to be the first one to find that key piece of evidence, create a workaround in the bureaucracy, or tackle a suspect down a flight of stairs.

JASON ANTOON - “Ernie” – NCIS’s Cyber Intelligence Specialist. Ernie is a polyglot with a keen mind for technology, history, literature and all things Hawaiian. He’s an essential component of the team, who can trace an anonymous IP address or profile a suspect using only their social media footprint. Ernie doesn’t have family on the island so he’s invited himself to join his Team’s families.