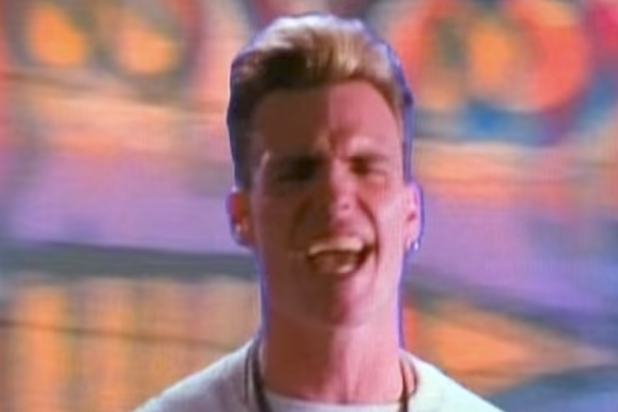 For some diehard hip-hop fans, they may need to stop, regurgitate and listen to this one.

Vanilla Ice’s “Ice Ice Baby” is about to be honored by The Smithsonian.

The world’s largest museum and research complex is putting together a wide-ranging nine-CD set titled, “Smithsonian Anthology of Hip-Hop and Rap” that includes the widely-mocked 1990 hit single. (On a side note — why does the Smithsonian still think people want CDs?)

The collection, set to drop in 2018, is keeping its full 120-song playlist under wraps, but The Washington Post did get some intel on a few of the songs included. Check out the money section below while my DJ revolves it (ugh):

The Smithsonian isn’t ready to release a full song list, but it did reveal more than 20 of the songs, including LL Cool J’s “I Need Love,” Public Enemy’s “Fight the Power,” Ice-T’s “6 ‘N The Mornin'” and Lauren Hill’s “Doo Wop (That Thing).” Run-DMC is represented by “Walk This Way,” their groundbreaking collaboration with Aerosmith’s Steven Tyler and Joe Perry, but “Sucker MC’s,” considered revolutionary for its stripped-down approach, didn’t make the cut. And the anthology includes the much-maligned 1990 Vanilla Ice hit “Ice Ice Baby.

“I already told everybody that the minute the set is released, you should disengage from social media because it’s going to be a nightmare,” jokes Bill Stephney, the former Def Jam executive and Public Enemy producer who has been an adviser on the project.

Okay, to play devil’s advocate for a moment here, it was the first hip-hop song ever to top the Billboard charts, peaking at No. 1 on Nov. 3, 1990. (Uh, happy anniversary!?) The song lasted one week at the top, and spent 21 weeks on the charts, according to Billboard’s site. Forget that Blondie’s “Rapture,” featured a mid-song rap verse from Debbie Harry and name dropped hip-hop artist Fab Five Freddy, hit No. 1 a decade earlier. And never mind that Ice — real name Robert Van Winkle — ripped off “Under Pressure” by Queen and David Bowie.

“To the Extreme,” the album including “Ice Ice Baby,” went on to spend 16 weeks as the best-selling album in America — ultimately shelling out 11 million albums and narrowly topping the 10 million records sold by MC Hammer with 1990’s “Please Hammer, Don’t Hurt ‘Em.”

Ice fizzled out soon after, but not before a (childhood favorite) cameo in “Teenage Mutant Ninja Turtles 2: The Secret of the Ooze.” Go Ninja, Go, indeed.