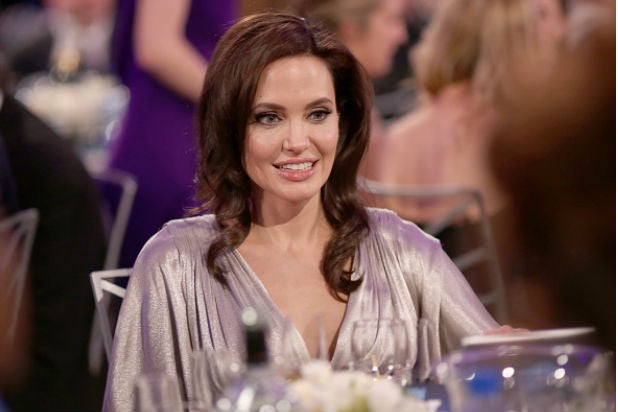 Vanity Fair stands by a story that contends that Angelina Jolie asked poor children to imagine themselves snatching money they desperately needed to audition for her film “First They Killed My Father.”

In an unsigned statement, the magazine said its employees had reviewed the audiotape of contributing editor Evgenia Peretz’s interview with Angelina Jolie for a September cover story, and that the magazine “stands by Peretz’s story as published.” Jolie objected to the portrayal.

The feature,  “A Life in Bold,” details a casting process that critics have called “monstrous” and “sickening.”

Vanity Fair said in its statement that it was contacted Aug. 1 by Jolie’s lawyer, who said Peretz “mistakenly” reported the incident and asked the outlet to remove the original paragraph from the online version and run a correction.

The lawyer also asked Vanity Fair to prominently publish a statement including the following: “The casting crew showed the children the camera and sound recording material, explaining to them that they were going to be asked to act out a part. . . . The children were not tricked as some have suggested. . . . All of the children auditioning were made aware of the fictional aspect of the exercise and were tended to at all times by relatives or guardians from NGOs. . . . We apologize for any misunderstanding.“

The cover story reports that Jolie and her casting director “looked at orphanages, circuses, and slum schools, specifically seeking children who had experienced hardship.”

Casting directors are described in the article as having “set up a game, rather disturbing in its realism” in order to find the movie’s young lead. “They put money on the table and asked the child to think of something she needed the money for, and then to snatch it away. The director would pretend to catch the child, and the child would have to come up with a lie.”

Jolie is quoted in the feature: “‘Srey Moch [the girl ultimately chosen for the part] was the only child that stared at the money for a very, very long time. When she was forced to give it back, she became overwhelmed with emotion. All these different things came flooding back.” Jolie then teared up, according to the piece. “When she was asked later what the money was for, she said her grandfather had died, and they didn’t have enough money for a nice funeral.”

“I am upset that a pretend exercise in an improvisation, from an actual scene in the film, has been written about as if it was a real scenario,”Jolie said in a statement to the Huffington Post. “The suggestion that real money was taken from a child during an audition is false and upsetting.
I would be outraged myself if this had happened.”

Here’s the transcript from the interview, per Vanity Fair, which Peretz recorded on two separate devices:

“AJ: But it was very hard to find a little Loung. And so it was what they call a slum school. I don’t think that’s a very nice word for it, but a school for kids in very poor areas.

And I think, I mean they didn’t know. We just went in and–you just go in and do some auditions with the kids. And it’s not really an audition with children. We had this game where it would be–and I wasn’t there and they didn’t know what they were really doing. They kind of said, “Oh, a camera’s coming up and we want to play a game with you.” And the game for that character was “We’re going to put some money on the table. Think of something that you need that money for.” Sometimes it was money, sometimes it was a cookie. [Laughter] “And then take it.” And then we would catch them. “We’re going to catch you, and we’d like you to try to lie that you didn’t have it.”

So it was very interesting seeing the kids and how they would–some were very conscious of the camera. They were actually–there are so many talented kids in this country. But Srey Moch was the only child that stared at that money for a very, very long time before she picked it up, and then bravely, brazenly lying, like was trying to hide, but then she also kind of–

EP: Wait. This is the girl, Loung.

AJ: This is the girl. And then when she was forced to give it back became very kind of like strong, emotional, she became overwhelmed with emotion that she was–and she just–all of these different things flooded out. And I don’t think she or her family would mind me saying when she was later asked what that money was for, she said her grandfather died and they didn’t have enough money for a nice funeral.”

Don’t worry, your superhero fix doesn’t have to stop at the movie theater

It's that time of month again: Time to freshen up your Netflix watch lists with a slew of new content. As usual, there are plenty of new Netflix Originals -- both movies and series -- along with some old favorites. Scroll all the way through to the end to catch a few beloved movies you may want to catch before they leave the streaming platform.