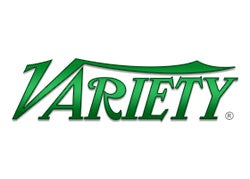 Having tried unsuccessfully to sell most of its U.S. trade magazines, Variety magazine parent Reed Elsevier said on Friday that it will close 23 of them — though not Variety.

"This is very sad for all of us," Reed Business Information CEO Keith Jones wrote in a memo to staff.

The titles being shuttered:

The company put those titles on the block — and others — last July, but managed to sell less than half, including Broadcasting & Cable last fall and, most recently, Publishers Weekly.

On Friday, the company the titles being shut down represent 45 percent of Reed Business Information’s U.S. revenues.

In January, TheWrap reported RBI – which had insisted it was not putting its top title on the block — had been quietly dangling Variety before potential buyers. There had been at least two suitors for Variety, sources said at the time.

On New Year’s Eve, Poulin sent a memo warning staffers that the first half of 2010 was not going to be pretty.

"These publications have had very experienced, professional and committed teams running them in the most difficult of circumstances," Jones wrote Friday. "However, their trading performances have been under pressure for some time and the impact of the recession and media migration in the markets for these titles is such that we cannot see our way back to profitable growth."

A spokesperson for RBI said the company would not disclose exactly how many employees were affected as part of the closings, though I’d imagine a few hundred. In the meantime, expect to see memos like this one.