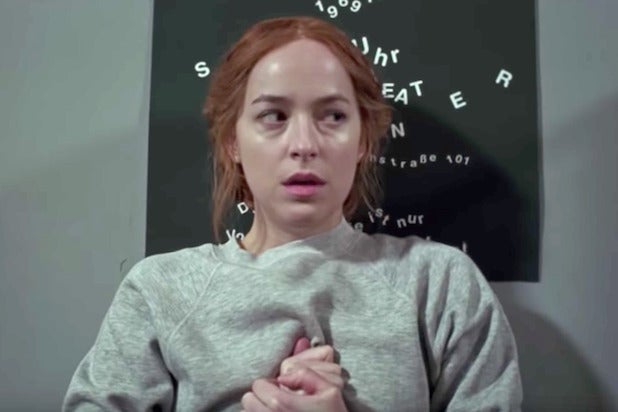 The Coen brothers will also be represented in the competition with “The Ballad of Buster Scruggs,” which began life as a proposed Western anthology series for Netflix, but has morphed into a single movie. A completed version of Orson Welles’ final, unfinished film, “The Other Side of the Mountain,” will screen as a special event, accompanied by Morgan Neville’s documentary about the project, “They’ll Love Me When I’m Dead.”

Venice previously announced that Damien Chazelle’s “First Man” will have its world premiere as the opening-night film and that Bradley Cooper’s “A Star Is Born” will also premiere at the festival.

With the Venice announcement, “Roma” is set to blitz all four of the major fall film festivals: Venice, Telluride, Toronto and New York. (Telluride doesn’t announce its lineup until the day before it begins, but Toronto is billing “Roma” as a Canadian premiere, which means that it will screen elsewhere in North America – i.e., Telluride.)

Considering that Cannes wanted Cuaron’s film but Netflix refused to send any of its work to that festival because of Cannes’ ban on screening non-theatrical releases in competition, the fall-fest grand slam for “Roma” feels as if Netflix is trying to make a point about the streaming service’s place on the festival circuit.

Also Read: Netflix CEO Disses Cannes Film Fest After Streamer Pulls Out: There Are 'a Lot of Other Festivals'

Apart from the Orson Welles and Morgan Neville films (also Netflix properties that Cannes wanted), the out-of-competition section will include “A Star Is Born,” Pablo Trapero’s “La Quietud” and Zhang Yimou’s “Shadow.” The non-fiction segment of the non-competitive section will include celebrated documentary directors from America (Errol Morris with “American Dharma,” Frederick Wiseman with “Monrovia, “Indiana”) and around the world (Emir Kusturica with “Un Pepe, Una Vida Suprema,” Sergei Loznitsa with “Process”).

The Orrizonti section, devoted to adventurous films from around the world, will include Mary Harron’s “Charlie Says,” while the Scofini section will include an extended cut of Terrence Malick’s 2011 film “The Tree of Life.”

Venice is the first of the festivals that annually debut most of the films that will be competing for film awards. It opens on Aug. 29 and runs through Sept. 8, preceding but also overlapping both the Telluride and Toronto Film Festivals.

Three of the last four Oscar winners for Best Picture – “The Shape of Water” last year, “Spotlight” in 2015 and “Birdman” in 2014 – premiered in Venice.

The lineup was unveiled at a press conference at the Cinema Moderno in Rome.

OUT OF COMPETITION: SPECIAL EVENTS
“The Other Side of the Wind,” Orson Welles
“They’ll Love Me When I’m Dead,” Morgan Neville