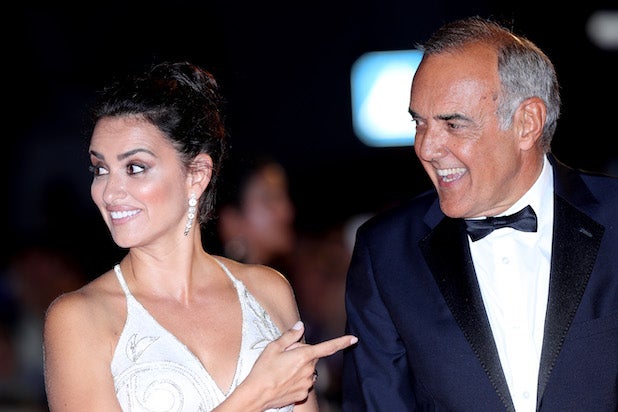 The Venice International Film Festival is facing online backlash for a lineup announced Thursday that features just two female directors out of 21 in competition films, as well as the latest film from director Roman Polanski.

“1 rapist. 2 women directors in competition #Venezia76. What else am I missing?,” Women and Hollywood founder Melissa Silverstein tweeted Thursday in response to the lineup that featured Polanski’s “J’Accuse.”

“I think the gender imbalance coupled with the Polanski is really a hurdle for me to be honest,” Screen Daily reviews editor Fionnuala Halligan said in a tweet. “We’re at a point now where it just shouldn’t be acceptable and the Polanski is just like rubbing salt into that.”

The lineup is actually a slight improvement on the slates from each of the last two years of the festival, which only included one woman. In the last three years, only four female directors have competed for the top prize at Venice out of 63 films.

But the lineup by artistic director Alberto Barbera lags behind the slate for the Toronto International Film Festival released earlier this week, which had half of its in-competition slate dedicated to female directors, as well as Cannes, which managed to book four films directed by women in its main competition slate. This year’s Berlin festival lineup had seven.

“In a community exhausted by the constant stream of tired excuses as to why there are so few seats at the top table for exciting, by-now-well-established female film directors, this year’s Venice marks a new low,” Halligan continued in a piece for Screen Daily. “The doors at the Palazzo del Cinema have always been shamefully closed to women.”

Polanski is making his first appearance at a major festival since he was expelled from the U.S.’s Academy of Motion Picture Arts and Sciences in May 2018, with the decision by the AMPAS Board of Governors referencing his 1978 guilty plea to a charge of statutory rape.

The two films directed by women featured in the line-up are “The Perfect Candidate,” from Haifaa al Mansour, and “Babyteeth” from director Shannon Murphy. Venice fared better with female directors in other sections of the full slate, but it’s far from a 50-50 split.

A representative for the Venice International Film Festival did not immediately respond to a request for comment.

See some of the online reaction to the lineup below:

I think the gender imbalance coupled with the Polanski is really a hurdle for me to be honest. We're at a point now where it just shouldn't be acceptable and the Polanski is just like rubbing salt into that.

1 rapist. 2 women directors in competition #Venezia76. What else am I missing?

Two women directors out of 21, and the red carpet rolled out for Roman Polanski. Great work, Venice ???? https://t.co/P8kCKWRRZ2