The Venice Biennale, which oversees the Venice Film Festival, has announced that it will ban Russian delegations and those connected with the government, but it won’t ban Russian artists specifically who are independently trying to speak out against Vladimir Putin and the regime.

La Biennale in Venice on Wednesday issued a statement in solidarity with Ukraine and condemned Russia’s military aggression amid calls for boycotts, specifically for artists featured in an art pavilion and exhibition that begins in April (Russia withdrew from the art pavilion earlier this week). But they clarified that they will not “shut its doors to those who defend freedom of expression.”

“La Biennale is also close to all those in Russia who are courageously protesting against the war. Among them, artists and authors in every discipline, many of whom have been guests of La Biennale in the past,” the statement reads. 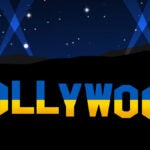 Also Read:
How Hollywood Joined the Global Movement to Isolate Russia Within Hours

It continued: “La Biennale di Venezia will not shut its doors to those who defend freedom of expression and demonstrate against the despicable and unacceptable decision to attack a sovereign state and its defenceless people. For those who oppose the current regime in Russia there will always be a place in the exhibitions of La Biennale, from Art to Architecture, and in its festivals, from Cinema to Dance, from Music to Theatre.”

Many European film festivals have received calls for boycotts of Russian artists altogether in response to the Ukrainian invasion, and Cannes on Tuesday made a similar statement barring delegations and government members from attending but stopped short of specifically programming Russian films.

The Venice Film Festival 2022 runs this fall between August 31 to September 10.