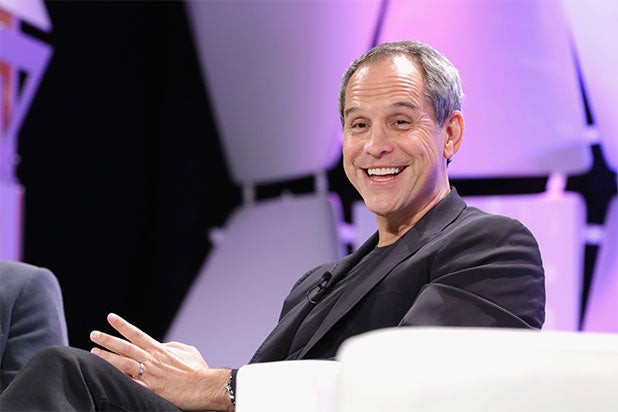 The deal values AwesomenessTV at about $650 million, the companies said. DreamWorks Animation bought AwesomenessTV in 2013 and will remain its majority stakeholder with about 51 percent of the company, while joint owner Hearst will hold the remaining 24.5 percent.

Verizon and AwesomenessTV will also create a new mobile video service that will sit on top of the telecom company’s ad-supported mobile video app Go90. With Verizon funding the initiative in a multiyear deal, AwesomenessTV plans to make 8- to 10-minute shows for 10- to 12-episode seasons. Go90 plans to sell the shows pay-per-view and bundled with a recurring monthly charge, executives told TheWrap in an interview.

“We believe this is the next evolution of short-form content to rival content on HBO or Netflix,” Brian Robbins, CEO of AwesomenessTV, told TheWrap.

The deals track with several big trends in the video business, all stemming from an underlying shift in viewership from traditional TV to digital alternatives. People under the age of 35 spent more time on a mobile device or a computer than they do watching live TV, a ComScore study reported last month.

That has fed Verizon’s obsessive bets on digital video in the last year, marked by its $4.4 billion takeover of AOL in May and its launch of Go90 in September. The biggest U.S. mobile carrier, Verizon is feeding a desire to marry content trends with its own mobile prowess in its Verizon Wireless unit.

It also has spurred a horse race among tech and entertainment companies to invest in digital video upstarts. Tuesday’s deal makes Verizon more squarely competitive with main rival AT&T, which is a joint majority owner of digital-video network Fullscreen since 2014. Disney bought Maker Studios for at least $500 million earlier that year.

Finally, it’s the latest in a parade of companies launching paid video services, aiming to be Netflix on a smaller scale. Fullscreen just last week unveiled plans for a service of original shows charging$4.99 a month. Meanwhile, traditional programmers like like CBS, HBO and NBCUniversal have launched online direct subscription versions of their regular programming or niche paid online services, and online natives have unfurled the same model to widen into revenue streams besides just advertising, such as YouTube’s subscription tier Red.

The plans for the AwesomenessTV service are one part of what appears to be a bigger strategic shift for Go90. In addition to adding a paid element to the previously free, ad-supported service, Verizon plans to widen Go90 beyond strictly mobile devices. Go90 was named for how viewers turn devices 90 degrees to watch video horizontally, but Verizon is planning a Web-based desktop version, Brian Angiolet, senior vice president of Verizon’s consumer product portfolio, said in an interview with TheWrap.

The companies plan for the AwesomenessTV service to launch this year, or in the first quarter of 2017 at the latest. It will initially be exclusive to Verizon platforms in the U.S., while AwesomenessTV will retain the right to sell content in the rest of the world.

“The creation of this new branded service represents a transformational step, not just for AwesomenessTV, but also for the entire mobile video landscape,” said Jeffrey Katzenberg, CEO of DreamWorks Animation, in a statement.

At $650 million, the deal doubles AwesomenessTV’s valuation when Hearst took its minority stake in the company in 2014. DreamWorks Animation first acquired it for $33 million in 2013, with terms to invest about $120 million total.

Verizon’s investment stake in AwesomenessTV is expected to close in about two months.

Robbins and Brett Bouttier, AwesomenessTV’s president, will continue to lead the company.