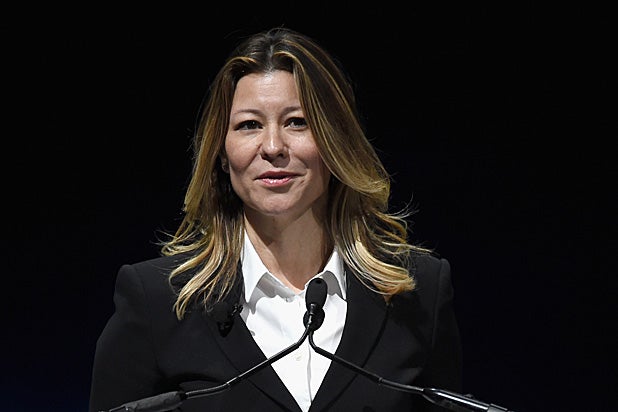 She’ll transition to an advisory role before leaving the lot at the end of the year. Her successor is Tom Molter, who currently serves as EVP in international.

Kwan Vandenberg’s move continues an old-guard exodus like that of former marketing honcho Sue Kroll and, before her, Greg Silverman.

Several leadership changes have come with news of her departure. They are as follows, according to a memo sent to studio employees obtained by TheWrap:

Jim Wuthrich has been named President, Warner Bros. Worldwide Home Entertainment and Games, with full oversight of those businesses. Jim will report to Ron Sanders and work closely with Blair Rich who oversees home entertainment marketing of new theatrical releases.

Jessica Schell, Executive Vice President and General Manager, Film, for Home Entertainment will continue to report to Jim Wuthrich and jointly report to Wuthrich and Rich on the slate.

Jim Gewert will now serve as Executive Vice President, Worldwide Finance & Operations for Warner Bros. Home Entertainment and Theatrical Marketing & Distribution, with responsibility for the finance and operations of both the theatrical and home entertainment marketing and distribution groups. Jim will report to Blair and Ron.

On her departure, Kwan Vandenberg said she was “so proud of everything we’ve accomplished over the years and I’m particularly proud of the great team we have in place. I want to thank Toby Emmerich] and Kevin [Tsujihara, Warner Bros. Entertainment CEO) for their support.”

Emmerich said the studio “could not have had a better representative in the global marketplace.”

Read some highlights from her impressive run:

Throughout her tenure with Warner Bros., Kwan Vandenberg oversaw the distribution of over 350 titles (including local-language titles), amassing over $40 billon in box office receipts. The Studio has been a market leader, ranking #1 or #2 12 of the last 17 years, including five years over $3 billion at the international box office. During this period, she oversaw the release of 30 films that grossed over $500 million, including 15 over $600 million. Kwan Vandenberg was involved in managing the Studio’s most successful film series, including the eight Harry Potter films (with last film in the series becoming the Studio’s highest international grossing-film at $960 million), “Fantastic Beasts,” Christopher Nolan’s “The Dark Knight” trilogy, Peter Jackson’s “The Hobbit” trilogy, “The Matrix” trilogy, the Sherlock Holmes films, the New Line horror universe (including “The Conjuring,” “Annabelle” and “IT,” which has become the highest-grossing horror film of all-time), the “Hangover” films, with “Hangover 2” becoming the highest-grossing R rated comedy internationally, and the DC superhero universe. Kwan Vandenberg also oversaw all of Clint Eastwood’s films, including “Gran Torino,” ($119 million internationally), the companion pieces “Flags of Our Fathers” and “Letters from Iwo Jima,” and “American Sniper” ($197 million internationally). Additionally, she worked closely with Ben Affleck in bringing his directorial hits “The Town” and Academy Award Best Picture winner “Argo” to international audiences.

Kwan Vandenberg’s accomplishments also include shepherding the first film ever to release simultaneously in every major country at the same hour around the world (“The Matrix Revolutions” in 2003 which went on to gross $460 million and became the then-highest R rated movie of all time).

Kwan Vandenberg joined Warner Bros in 1990 and rose through the ranks to become one of the youngest presidents at the studio in 2000. Prior to Warner Bros., she worked in international marketing for Lorimar Film Entertainment and at the German American Chamber of Commerce.

Kwan Vandenberg grew up living in six countries in Europe, the Middle East and Asia before moving to the United States, and speaks fluent German in addition to her knowledge of French and Cantonese.