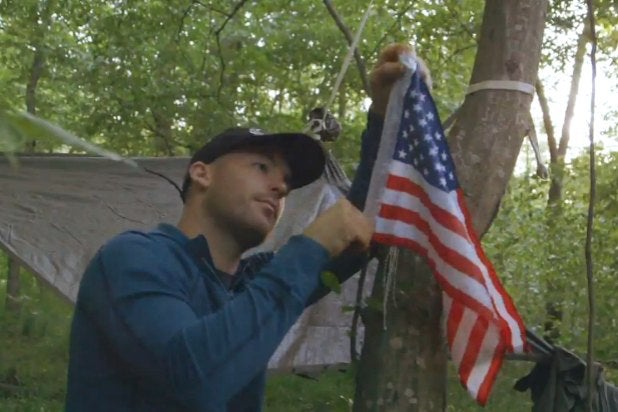 On a day when the nation honors those who have served in the U.S. Armed Forces, there are many Veterans Day tributes being held on television.

HBO is leading the way, broadcasting a new documentary from director Sebastian Junger as well as a star-studded concert from Washington, D.C. that will feature Bruce Springsteen, Rihanna, Eminem and The Black Keys.

Also honoring our vets is First Lady Michelle Obama, who is partnering with Disney Junior for a special event for military families with young children. Sarah Palin will be back on TV to show her support for veterans, appearing on The Sportsman Channel to say a few words to those who have served the country.

TheWrap has assembled a viewing guide for all of the special shows airing this week for Veterans Day. Find all of the programming info below.

“The Last Patrol” on HBO
Brendan O’Byrne, Guillermo Cervera and director Sebastian Junger hike the East Coast, following the railroad tracks north of Washington, D.C. and reflecting on their time in combat along the way. “The Last Patrol” marks Junger’s third film made in remembrance of his friend Tim Hetherington who was killed in Libya in 2011.
“The Last Patrol” airs Monday at 9 p.m. ET on HBO.

“The Concert for Valor” on HBO
A possible record-breaking crowd will be in attendance on the National Mall in Washington for the concert event, featuring performances from Bruce Springsteen, Eminem, Rihanna and The Black Keys. Also scheduled to appear on stage are Jennifer Hudson, Carrie Underwood, Meryl Steep, Jack Black and Bryan Cranston.
“The Concert for Valor” airs Tuesday at 7 p.m. ET on HBO.

“A Hero’s Welcome” on the Scripps Networks
Six cable channels across the Scripps Networks will celebrate Veterans Day by honoring Staff Sergeant Tony Woods, a 25-year service member who suffered life-threatening injuries during a tour of duty in Iraq. Actor Gary Sinese and several stars from Food Network and HGTV will be a part of the special.
“A Hero’s Welcome” airs Tuesday at 9 p.m. on Food Network, at 10 p.m. on Cooking Channel and Great American Country and at 11 p.m. on HGTV, DIY Network and Travel Channel.

“Not Forgotten” on INSP
INSP teams with The United States of America Vietnam War Commemoration for the premiere of “Not Forgotten,” a scripted short paying tribute to United States POW/MIA service members and their families. INSP, a cable channel that celebrates the American spirit is available in more than 80 million households.
“Not Forgotten” airs Tuesday on INSP. Check local listings for time.

The Sportsman Channel’s “Salute to Service” lineup with Sarah Palin
Former Alaska Governor and Vice Presidential candidate Sarah Palin will send a message to the nation’s military personnel during a daylong Veterans Day special on the Sportsman Channel, where Palin also has her own show. The marathon includes episodes of “Pigman: The Series,” “Adrenaline Junkies” and “Off-Grid Hunter.” Check local listings for programs and times.

“The Queen Latifah Show” surprises a military family
The talk show host will surprise Sergeant Levi Kaplan and his family on her show Tuesday.
Check local listings for time and channel.