ViacomCBS outdid Wall Street’s expectations for the second quarter of 2021, though it was an awfully close one in earnings.

While the revenue figure was up 8%, EPS decreased 20% year over year on soaring expenses for Paramount+. “South Park” licensing from March to June of last year also helped that quarter’s earnings number. 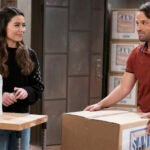 The return of sports in the form of the final March Madness rounds and professional golf helped out a bunch vs. last year’s giant hole. “A Quiet Place Part II” improved the theatrical bucket from the first full COVID quarter in 2020 — but the overall improvement for the film segment was slight. While the theatrical business was basically nonexistent last year, it still wasn’t close to firing on all cylinders this spring. 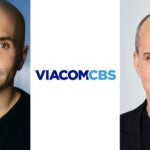 ViacomCBS said this morning it had 42 million paid global streaming subscribers, combining Paramount+ (formerly CBS All Access) and Showtime OTT. That’s +6 million, and it does not count the free Pluto TV.

“In a quarter of strong business performance, including growth in advertising and affiliate, streaming was a standout,” President and CEO Bob Bakish said in a statement accompanying the financials. “We continued to accelerate our global streaming momentum and delivered phenomenal results across our flagship streaming services. For the second consecutive quarter, Paramount+ fueled more than 6 million additions to our global streaming subscription base, which now reaches over 42 million. This growth was driven by the power of the service’s differentiated content strategy and expanding content slate. Looking ahead, we’re excited about our opportunity to build on this momentum, as we scale Paramount+’s content offerings across genres and expand our reach with global audiences.”

Shares in ViacomCBS closed Wednesday at $38.79 apiece. The stock market reopens a 9:30 a.m. ET. An hour earlier, at 8:30 a.m. ET, Bakish and other top ViacomCBS executives will host a conference call to discuss the quarter in greater detail.