ViacomCBS has promoted two top executives in a move to streamline its U.S. and international leadership structure, the company announced Thursday.

All three executives will continue to report to ViacomCBS president and CEO Bob Bakish, and will work closely with Raffaele Annecchino, president & CEO of ViacomCBS Networks International (VCNI). The move to streamline the company’s leadership structure comes as ViacomCBS looks to expand its footprint worldwide following the recent relaunch of the streaming service Paramount+. 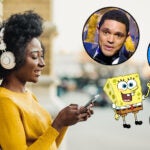 International brand leadership will realign under the new structure.

“These changes enable a truly global approach to brand management, content acquisitions and licensing across ViacomCBS’ networks around the world,” Bakish said in a statement. “With a global reach of 4.1 billion cumulative homes in over 180 countries, our globally aligned leadership structure will ensure that our internationally recognized brands and content are ubiquitous across every platform and every market.”