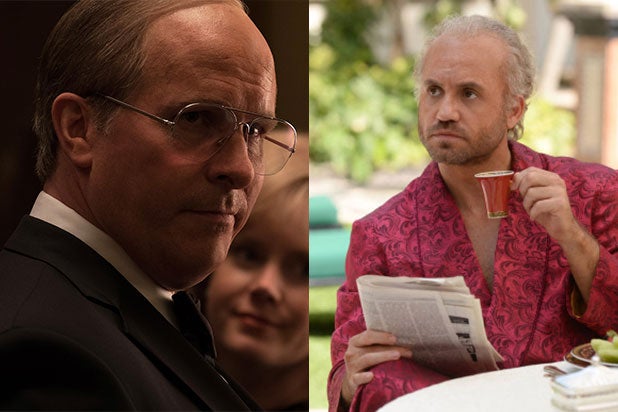 “Vice” scored six nominations, including Best Screenplay and Best Motion Picture – Musical or Comedy, while “Versace” scored four, including Best Television Limited Series and Best Actor for Darren Criss. “The Favourite,” “A Star Is Born” and “Green Book” each scored five nominations in the film categories, while “A Very English Scandal,” “Homecoming,” “The Americans,” “The Kominsky Method,” “The Marvelous Mrs. Maisel” and “Sharp Objects” all garnered three.

“Mary Poppins Returns” also received four nominations, including a nod for Lin-Manuel Miranda, as did Spike Lee’s “BlacKkKlansman.” Barry Jenkins’ follow-up to “Moonlight” got three nominations, as did “Black Panther” and Alfonso Cuaron’s “Roma,” which included the Best Foreign Language category. “Cold War” was omitted from that category.

Constance Wu was nominated for her role in “Crazy Rich Asians,” which was also nominated for Best Motion Picture – Musical or Comedy, as was Rami Malek for his portrayal of Freddie Mercury in “Bohemian Rhapsody.” “Isle of Dogs,” “Incredibles 2” and “Spider-Man: Into the Spider-Verse” were three of the nominated animated films. John David Washington is a newly-minted nominee for his role in “BlacKkKlansman.”

In TV, “Homecoming,” “Bodyguard” and “Killing Eve” were among those nominated in the Best TV Series – Drama category. “The Handmaid’s Tale” only scored a nod for Yvonne Strahovski, while “Atlanta” only received a nomination for Donald Glover. “The Alienist” also received a lot of love this year.

Best Original Song nominees included “All the Stars” from “Black Panther,” “Shallow” from “A Star Is Born” and “Revelation” from “Boy Erased.”

See all the nominees here.