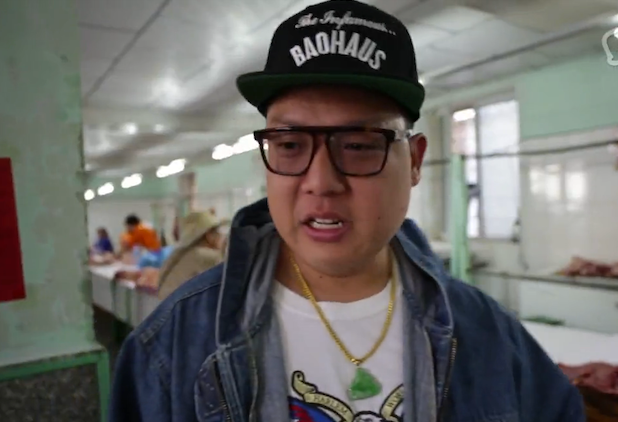 Vice and Fremantle Media will create a new online hub dedicated to food video programming, articles and events, the two companies said Tuesday. Vice already produces food-focused digital series such as “Fresh off the Boat,” hosted by chef and author Eddie Huang (above), but under this new partnership it will launch a new channel specifically for food.

The operation has no name, but it will be run in collaboration with Fremantle, one of the largest TV production and distributions houses in the world. Fremantle launched a new division last year to push its brand into digital, partnering with some of the world’s largest video networks such as StyleHaul and BraodbandTV.

The two will produce a full slate of new shows, as well as offer written features, articles and recipes. The focus will be on food’s connection with other aspects of life, from family to politics to travel.

“Today’s youth are the driving force behind the food culture explosion, yet they remain totally underserved when it comes to original food programming,” Vice Media president Andrew Creighton said in a statement. “Partnering with the best in class, FremantleMedia, the new Vice food channel will upend the culinary media landscape, producing more jaw-droppingly entertaining original multi-channel food programming than anywhere else and ensuring the content reaches a global audience on every screen.”

Vice will host the shows on its proprietary site and Fremantle will work to distribute the shows to international TV channels.

Despite the popularity of channels such as the Food Network, food programming on YouTube and other online video sites has been sparse. That is changing, as demonstrated by this deal, and the recent partnership between Ryan Seacrest‘s company and online video network Tastemade.