For the fourth year in a row, Vice News has secured the most nominations across the news and documentary Emmy Awards, which will be awarded Tuesday and Wednesday. In total, the organization netted 23 nominations.

“It’s very gratifying because the teams at Vice News will do this work regardless of nominations or awards, but to be recognized for the kind of journalism that they do in this way is very rewarding,” Subrata De, executive vice president and global head of programming and development told TheWrap. “It’s also, I think, a testament to the fact that — especially right now — there’s such a kind of test of what facts are and what journalism is and this kind of war against misinformation. You know, it’s incredibly gratifying for the team to see their work recognized.”

Sebastian Walker, the company’s D.C. bureau chief, seconded that: “It’s always a huge honor to be recognized by your peers,” he said. “We’re thankful for it, and to those who choose to share their stories with us. While we didn’t get into this work to win awards, it does feel special to be breaking records.” 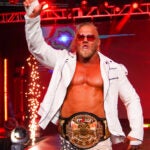 De and Jesse Angelo, president of global news and television, both described the teams’ work as “boots on the ground.” Vice News reporters went to the frontlines of the emerging COVID-19 pandemic in early 2020 and were on site to cover restrictive anti-abortion laws in Texas earlier this summer.

“If you can show people a story unfolding, if they can hear directly from the people on the ground and the people affected by the stories, you have the most resonating impact,” said De.

“I think what’s unique about Vice is our commitment to being there,” Walker said. “Our viewers expect us to take them to the very center of the story, whether that’s the frontlines of the US withdrawal from Afghanistan, the George Floyd protests in Minneapolis, or the COVID crisis in the Brazilian Amazon. They also expect that we’ll stay longer, and immerse more deeply in the story no matter where it takes us — and I think that’s been the key to our success in recent years. We’re all very motivated to try to show what’s happening in this world in the most authentic way we can, and I think you see that clearly reflected in the work.”

Covering COVID-19 was important to them, but so, too was their safety in doing so. The path to the nominations was, De said, “a real journey for the news organization because, like everybody else, we kind of were we’re grappling with COVID.” Angelo pointed out that sending field crews to the scenes of major breaking news has always been central to Vice News’ mission, so the company already had experience enlisting risk assessment teams to prepare employees for dangerous situations, whether war zones or hot spots for infectious diseases.

“There was a culture here and there was a brand of journalism here and I decided to make sure that I allowed it to blossom and grow and continue,” said Angelo, who joined Vice News two years ago. He’s proud, he said, of the teams’ coverage of the shooting of Breonna Taylor and a piece for Showtime’s “Vice” on the unique vulnerability faced by Black landowners.

It was hard for Angelo to pick a favorite piece, but he did say he enjoys when he encounters Vice News stories “like a casual consumer.”

Also Read:
Trump Made a Staffer Play Him Show Tunes When He Was Angry, Stephanie Grisham’s Book Reveals

“I see it on my news feed or wasn’t at a news meeting that morning and then I happen to see it on TV that night I’m like, ‘Oh, man, that’s a really good story,” Angelo said. “That’s the fun part for me.”