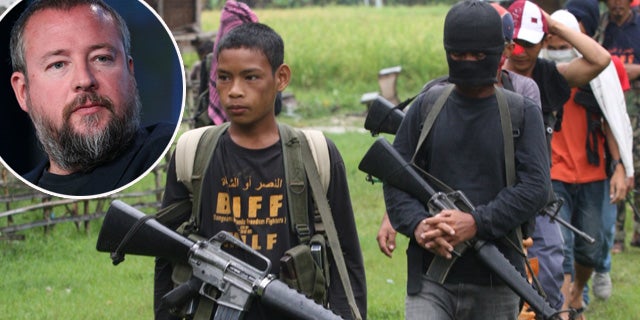 As part of its continued media expansion, the brazen and youthful Vice magazine-turned-media company launches its HBO newsmagazine show on Friday. And it doesn’t take long to see what sets it apart from what you would see on any other channel.

“I think [HBO] can take chances, and look, we're young, hot and exciting, and we have great stories,” Shane Smith, who’s not only the co-founder and CEO of Vice, but also acts as a correspondent on the HBO show, tells TheWrap.

It’s clear from the show’s first two episodes that “Vice” definitely goes further than its news magazine counterparts. In one story about young suicide bombers, for example, Smith lands a face-to-face interview with a high-ranking Taliban leader who, by the way, has been known to kidnap Americans.

In another story, one of “Vice’s” correspondents actually accompanies defectors from North Korea on a harrowing boat ride – one that would land all of them in prison (or worse) if caught.

“I think that we can sort of talk about the theories of old school journalism versus new school journalism until the cows come home,” the 43-year-old says. “The fact of the matter is we can't do it any other way, nor do we want to. We're storytellers and that's how we do it. We go in, we immerse ourselves, and we let the story tell itself.”

Smith says that choosing the show’s stories is a process. “We have about 3,500 contributors around the world, so just for the mag and for online, for YouTube, for all of our different channels, we get about a thousand stories a week.”

And as for what makes the cut? “Something that's a little bit punch-you-in-the-face, which is sort of surprising, bang, kind of, you're going to talk about it the next day at the bar or at school or at the office,” he says.

“Something you maybe don't know about or a different look at something that you do know about. Something visual, and hopefully it has a beginning, middle and an end, so we can go in there. And, also access, if we can actually pull off the story.”

Smith has a harder time explaining the kind of stories that don’t make the cut. Those include “boring stories” and those they can’t get access to, or even stories where they’ve arrive on-scene and discover there really isn’t a story there after all.

And, yes, the level of danger involved does matter to “Vice” – though the bar may be higher than other newsmagazine shows.

“We had a female correspondent set to go to Tahrir Square in Cairo for a big revolution, and part of the story was how women, including Western journalists, were being abducted and raped,” Smith explains. “Our security there couldn't 100 percent guarantee the security of our correspondent. And, obviously, we're not going to risk that for anyone. So, we pulled the story.”

“We're just not going to do that. I mean, we're not danger-seekers. We're not suicidal. We're just trying to tell stories. So, we didn't do that.”

Watch the series trailer below.