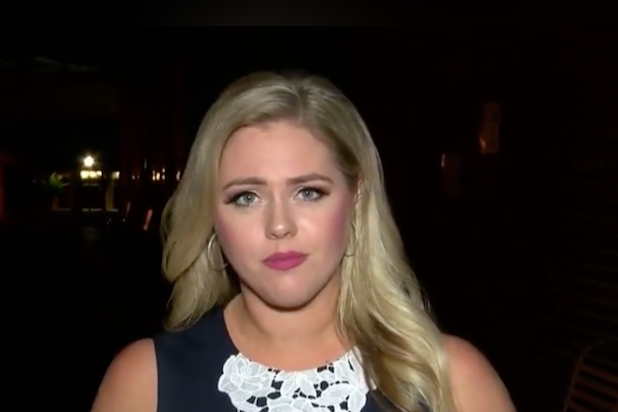 Victoria Price, an investigative reporter for WFLA News in Tampa, Florida, thanked a viewer for a tip that ended up leading to her thyroid cancer diagnosis. She also informed viewers that she won’t be on-air for a while following surgery.

“‘8 On Your Side’ isn’t just a catchphrase at WFLA. It’s our cornerstone,” Price tweeted on Thursday. “But the roles recently reversed when I found a viewer on MY side and I couldn’t be more grateful.”

The viewer, Price said, “emailed last month” to say she “saw a lump” on the journalist’s neck.

“Said it reminded her of her own,” wrote Price. “Hers was cancer. Turns out, mine is too.”

The broadcast journalist added she will have surgery to remove a tumor, her thyroid and some nearby lymph nodes. She hopes the procedure will be the first and last procedure related to the cancer.

“Had I never received that email, I never would have called my doctor. The cancer would have continued to spread. It’s a scary and humbling thought,” Price wrote. “I will forever be thankful to the woman who went out of her way to email me, a total stranger. She had zero obligation to, but she did anyway. Talk about being on your side, huh?”

Price’s new station sent well wishes, tweeting, “Our WFLA family is sending all of our love to @WFLAVictoria and wishing her a speedy recovery.”

This isn’t the first time a sharp-eyed viewer has noted an on-air talent’s thyroid cancer. HGTV star Tarek El Moussa of “Flip or Flop” fame received his cancer diagnosis after a viewer made a similar observation.

Turns out, I have cancer. And I owe it to one of our wonderful @WFLA viewers for bringing it to my attention.

I’ll be off work for a bit after tomorrow, but I’ll see y’all soon ???? pic.twitter.com/UMsoj2SjtM